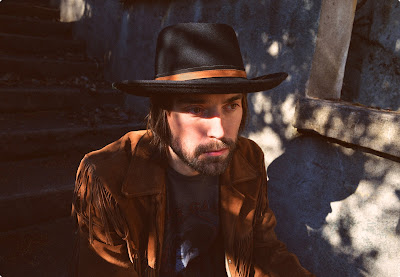 Ryan Traster | In The Press

Ryan Traster’s second album ‘will transport you to the haziest dog days of summer” (Americana Highways) with his “thoroughly enjoyable fusion of country and power pop” (Glide Magazine) that adds up to a “lyrically impressive and soncially mesmerizing album” (The Big Takeover). Traster’s unique voice “cuts straight to the chase, brushes cheeks with brashness, and makes no apologies. Traster’s best album yet.” (Minneapolis City Paper).

“My family recently moved to Joshua Tree, which has been a decade long dream of mine. We made this video together, with the idea of capturing where the exploratory and grounding aspects of your lives are meeting right now, which fits right in with the theme of the song, which is a look at the cyclical nature of chasing the muse. Whether that be art or love, it can have the ability to act as both the source and savior,” explains Ryan Traster.

See the video for “Lost in a Sound” at Americana Highways or at the link below! 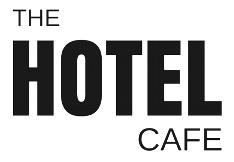 The new album by formerly Minneapolis-based – now relocated to Joshua Tree – singer-songwriter Ryan Traster features that warm, worn-in vibe of an album that’s been in your cool parents record collection since you were a kid. Eventually, it gets passed down to you to take along into “the real world” and is there when you need to be reminded of being a kid again.

It’s that gem of a find in a milk crate of vinyl at the local tag sale on a Sunday afternoon. The kind of album that becomes an all-time favorite, only discovered there by the person who knows what they’re looking for and has the time to dig for it.

Choses Obscures (the title translates from French as “obscure things,” and implies a “dark energy”) is both of those things, and that implied darkness provides a subtle mask that contrasts and deepens the sunny images above.

When Traster throws curve balls with lyrics of places and times that don’t abide the most famed of singer-songwriter eras (the kind that even the album’s cover art evokes), things get real.

It comes as a jaw-dropping surprise to hear Jesus and Mary Chain name-dropped on “Endless Summer Blues” when Traster sings, “We were living in Echo Park / I was smoking dope in the backyard / You were listening to all those Mary Chain records / We had the endless summer blues.”

According to Traster, the album’s cosmic-country, straight outta Laurel Canyon feel is heavily influenced by Skip Spence, Bert Jansch, and Judee Sill, all of whom passed before their time. That “beyond the grave” murkiness pervades Traster’s lyrics in a profound way, even down to that JAMC reference.

Choses Obscures is “born from the subconscious in troubled times, both personally and globally,” Traster explains.

Choses Obscures, the new full-length album by Ryan Traster, is out now via Slow Start Records. Ryan Traster is available for interviews. Contact Josh Bloom at Fanatic for more information.

Posted by Fanatic Promotion at 9:49 AM