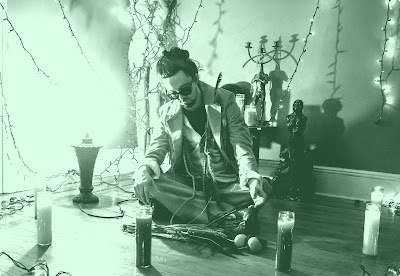 Listen to “Let It Go” by J Hacha De Zola at CMJ and see the video at The Big Takeover or at the links below!

“Like a creepy city tour at night, this long-player will shake you up and leave you thankful for the daytime.” – Songwriting Magazine (UK)

In its recent write-up, Utne Reader said that “One could be forgiven for assuming J Hacha de Zola is a transient, back alley carnival showman followed through town by a band of tangle-haired misfits. The kind of alluring character found in old children’s books.”  It’s an apt description of the Jersey City native who has been drawing attention to his newly released record Escape From Fat Kat City.

The album effortlessly zig-zags from the whimsical moments described above, to distinctly Tom Waits-style allusions to a more conventional sound that Slug Magazine recently praised by saying, “Not since The Hold Steady’s Separation Sunday has a concept album provided both emotional depth and entertainment.”  CMJ simply summed up Hacha De Zola as a “lounge lizard weaned on Primus” in its premiere coverage of the album’s “Let It Go” single.

Escape From Fat Kat City was recorded in Rahway, New Jersey in the shadow of a maximum security correctional facility and an oil refinery, a setting that perfectly contributes to the slinky back alley strut, dizzying waltzes, and surf-raga-samba-freakouts that populate the record.

“I don’t write happy songs,” says Hacha De Zola. “Maybe one day I will, but not today.” Indeed, themes of alienation, paranoia and isolation can be found all over the record. “I realize these subjects are quite recurrent in my songs,” Hacha De Zola continues, “But I can’t help it. Growing up in ‘Fat Kat City,’ you see a lot of things that leave you numb.”  Ultimately, the artist takes away something positive from these experiences, however. “I am grateful for my experiences here. They have roused the fighter in me. When you don’t have much to lose, you learn to be fearless.” 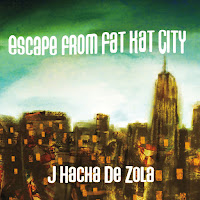 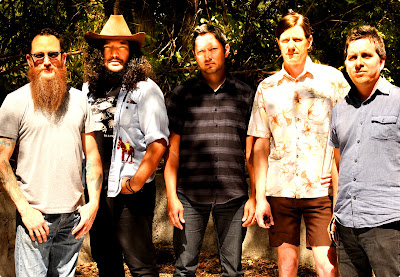 Hear “Disintegration (Consider Your Brother)” by Pleasant Grove now via Consequence of Sound or at the links below!

Read about the return of Pleasant Grove via Texas Monthly and hear the first single “Lava” over at KUTX, Austin.

One of the most beloved bands from Dallas has reunited to complete an album that they started recording almost a decade ago.  Referred to as “indie rock heroes” in an announcement of the record by Texas Monthly, Pleasant Grove will release The Heart Contortionists via We Know Better Records on February 5th, 2016.  Consequence of Sound has premiered the album track “Disintegration (Consider Your Brother),” which can be heard here.  Named for the Dallas suburb, Pleasant Grove was originally formed in 1998 by co-vocalists and guitarists Marcus Striplin and Bret Egner.

“We have been down a difficult road,” explains Striplin of the near-decade that has passed between commencing work on The Heart Contortionists, Pleasant Grove’s untimely dissolution, and the album’s ultimate completion.  Originally engineered and mixed by Grammy-award winners John Congleton and Stuart Sikes, The Heart Contortionists remained dormant for almost a decade afterward.

“They brought this thing back to life,” says Pleasant Grove drummer, Jeff Ryan of the album’s remix engineer, John Dufhilo and mastering engineer, Matt Barnhart, who were tasked with resurrecting The Heart Contortionists for release.  “I remember the conversation with Marcus when we decided to bring them in,” Ryan continues. “After hearing the masters back, the record became realized, in a big way.”

The Heart Contortionists will remind listeners of what they loved about the Pleasant Grove sound – a folk band’s command of melody and a psych band’s command of reverb – while also giving clues to what led to the group’s departure from the scene.  Indeed, Striplin survived drink, divorce, and a two-year case of writer’s block to get here. An eventual move to Austin by way of NYC, sobriety, and a new relationship led him back to musical projects, but he says “it was nothing close to what Pleasant Grove could make me feel.”

So, Striplin and Egner went back and listened to the old sessions for The Heart Contortionists with open hearts and minds, and found that they had made a contemporary album that just happened to be recorded ten years ago. With that, Pleasant Grove decided to move forward, and the result is a classic-sounding record.  Pleasant Grove will play several record release shows around Texas in February and will head to Europe for dates in May, including an appearance at the already sold-out Orange Blossom Special Festival in Germany.  See below for details.

Nearly ten years in the making, The Heart Contortionists arrives on February 5th, 2016 from We Know Better Records.  Members of Pleasant Grove are available for interviews.  Contact Josh Bloom at Fanatic for more information. 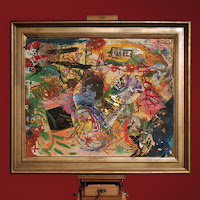 06. Fishing In Spain
07. The Devil Is In Our House
08. The Heart Contortionists 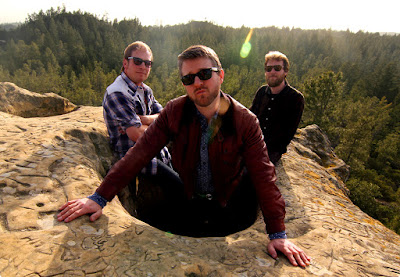 Check out the premiere of “Made Up My Mind” by Scary Little Friends via Paste or listen at the links below!

Scary Little Friends – In The Press

“‘Made Up My Mind’ was borne out of a moment of frustration,” says Scary Little Friends front man, Chris Jones of the latest single (hear it via Paste) from the San Francisco-based trio’s upcoming record. “A time when you finally stand up for yourself and say ‘no’ to someone who has been railroading your life.”

Jones recently chatted in-depth with SF Weekly about the new “Silent Revolution,” EP, his band’s history, and tonight’s gig at the Great American Music Hall, which marks the first time that Scary Little Friends will be appearing on the famed venue’s stage.  Read the SF Weekly interview here.

At just seven songs, the instant sing-along qualities of the “Silent Revolution” EP (Jan. 29th, Randm Records) fills the “leaves you wanting more” edict perfectly.  The record’s lyrics, addressing alienation with less of a generic, transient fist-in-the-air, and more of an impression-leaving palm-to-the-forehead, make the band one to watch in 2016.

“The internet is the modern battlefield. It is inevitable that that world comes crashing down upon us,” says Jones of the record’s concept. “Perhaps there is hope in the aftermath. Perhaps we will be born anew into a world without technology.”

It’s this idea that takes the “Silent Revolution” EP away from simple contemplation and complaining about the way things are and into the timeless quality of a record about the way things could be. This is best heard on the track “In This Lifetime,” which Jones refers to as his “revolution song.” 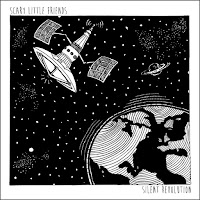 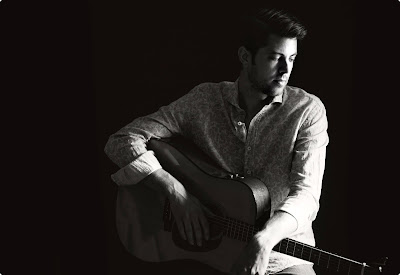 Dan Hubbard as photographed by Karen Bridges (Beyond The Well)

Check out the premiere of “Johnny” by Dan Hubbard via Paste or at the links below!

“Ranks alongside the likes of Ryan Adams as one of the finest contemporary country-rock front men.” – R2 Magazine (UK)

“Now I only stay in hotels or with close family or friends,” says Bloomington, Illinois-based songwriter, Dan Hubbard.  He’s recounting the story that inspired “Johnny,” the latest single from his upcoming self-titled solo album, arriving February 5th, 2016. Hear it now via Paste.  “We thought someone we were staying with on tour was pretty pissed, and while no one actually got shot, we ended up leaving at 4AM to sleep in the van.”

While Hubbard’s new album is a solo singer-songwriter effort, over the past decade, he had been cultivating a Midwestern rock n’ roll sound.  Following 2011’s The Love Show with his band, The Humadors, however, Hubbard felt the urge to change things up.  When he did, he had to make some big choices.

“Everyone had their reasons for wanting to end the band, but changing my sound, which was something I never cared about before, was my reason,” Hubbard says.  It was a precarious move for an artist who had already built a small, but devoted fan base, but the risk has paid off.   Hubbard’s upcoming album is all the proof that’s needed. Where the Humadors rocked well, Hubbard’s new songs, and his performance of them, sound less rave-up and more settled in – real, relatable, roots-driven music that sticks.

The record came about when, armed with a batch of some of the best songs he’d written in his life, Hubbard headed to Nashville to work with producer Ken Coomer, a co-founder of Wilco and a three-time Grammy nominee.

“Ken played drums on Wilco’s Being There and Summerteeth albums – two of my favorite records of all time,” Hubbard exclaims of this dream-come-true scenario.  Coomer brought in a who’s who of local talent to round out Hubbard’s studio band, including Dave Roe (long-time bassist with Johnny Cash), Adam Ollendorff (guitarist with Kacey Musgraves), and Tyson Rogers (pianist with Don Williams.)  Of course, Coomer himself joined in behind the drums.

“I was a little nervous about becoming a ‘solo artist,’” Hubbard says. “It was a little like starting over, but all of these great experiences helped me feel that I’d made the right decision. I know it’s the best thing I’ve done.”  Dan Hubbard embark on a tour surrounding the release of the new album.  See below for dates. 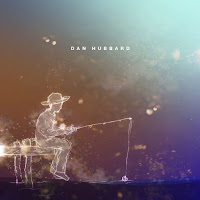 Posted by Fanatic Promotion at 4:58 PM No comments: