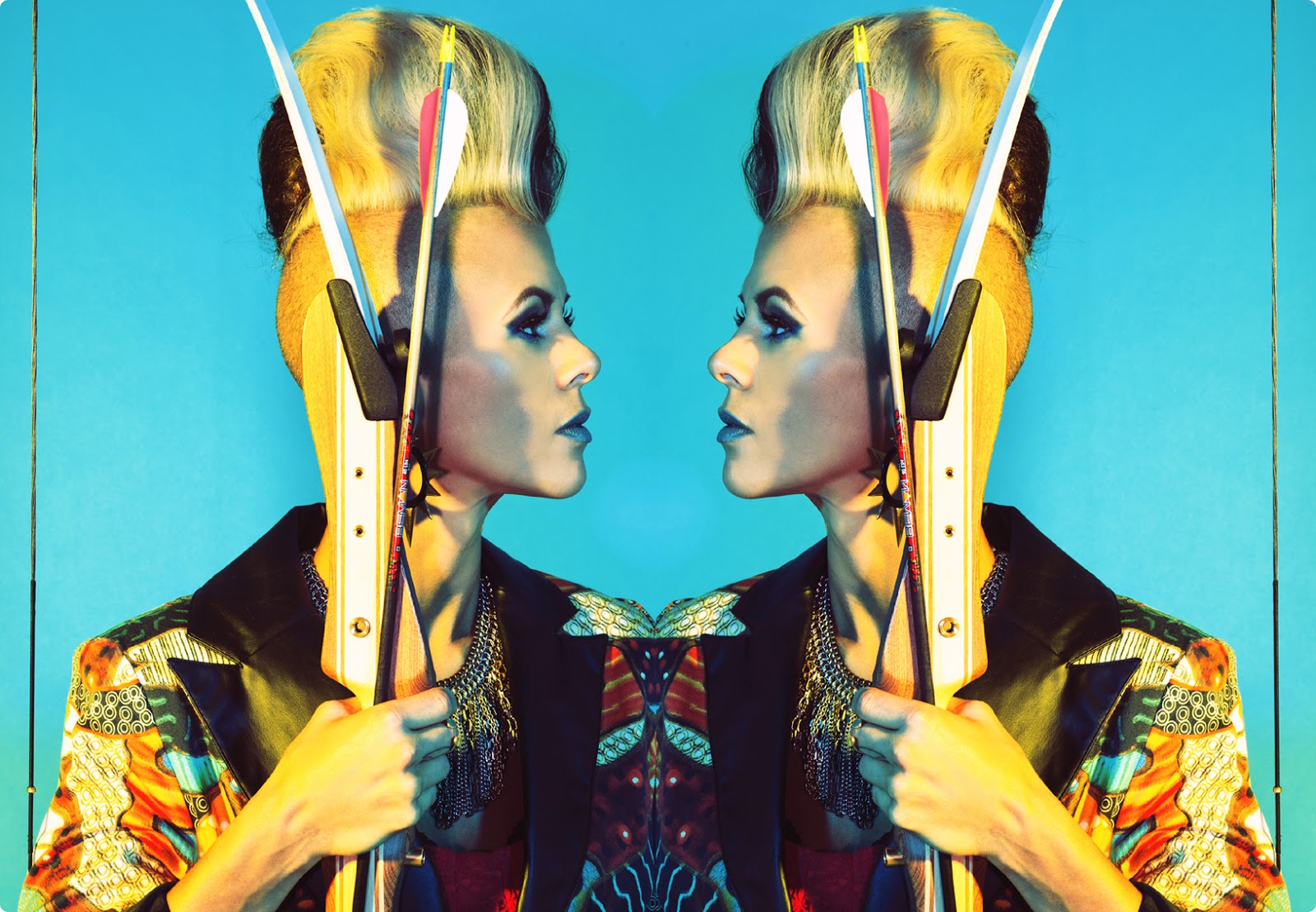 Angela LaBaw of Hopscotch as photographed by Seqouia Emmanuelle

See the video for “Black & White Horses” courtesy of BULLETT

Hopscotch is the latest creative voice of Angela LaBaw, a Los Angeles-based voice artist, producer, and performer. Following up late 2013’s “Emotion Remixes” EP release, LaBaw has now made available the new “Archer EP & Remixes” EP comprised of four new originals along with a pair of remixes of each by names such as Rex Riot, Sigrah, Dimond Saints, Sounds What, Jantsen & Dirtmonkey, Brooks Brown, Christopher Norman, and Champagne.

LaBaw’s originals, and the reworkings they inspire, consistently set a standard for consummate production combined with forward-thinking experimentation and hook driven, audience-friendly composition.  It’s an approach to creation that always asks “Are you ready?”

As such, interest in the tracks has been real from jump, with press from the likes of Billboard, SPIN, Vibe, URB, BlackBook, THUMP, and Mass Appeal.  A stunning video for the LaBaw original “Black & White Horses” also drew attention, with BULLETT premiering the clip that LaBaw says was “inspired by several long journeys galloping across the desert toward the pyramids in Giza, Egypt on horses with close friends.”

Hopscotch has toured extensively, performing at numerous international festivals throughout North America, Canada, Europe, Egypt, and Australia.  She was recently seen on Do LaB’s Coachella stage and will continue to tour throughout 2014. 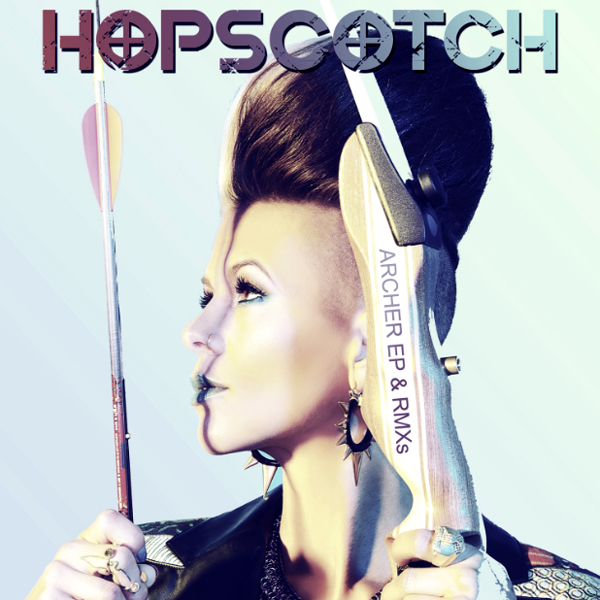 Posted by Fanatic Promotion at 1:42 PM No comments: 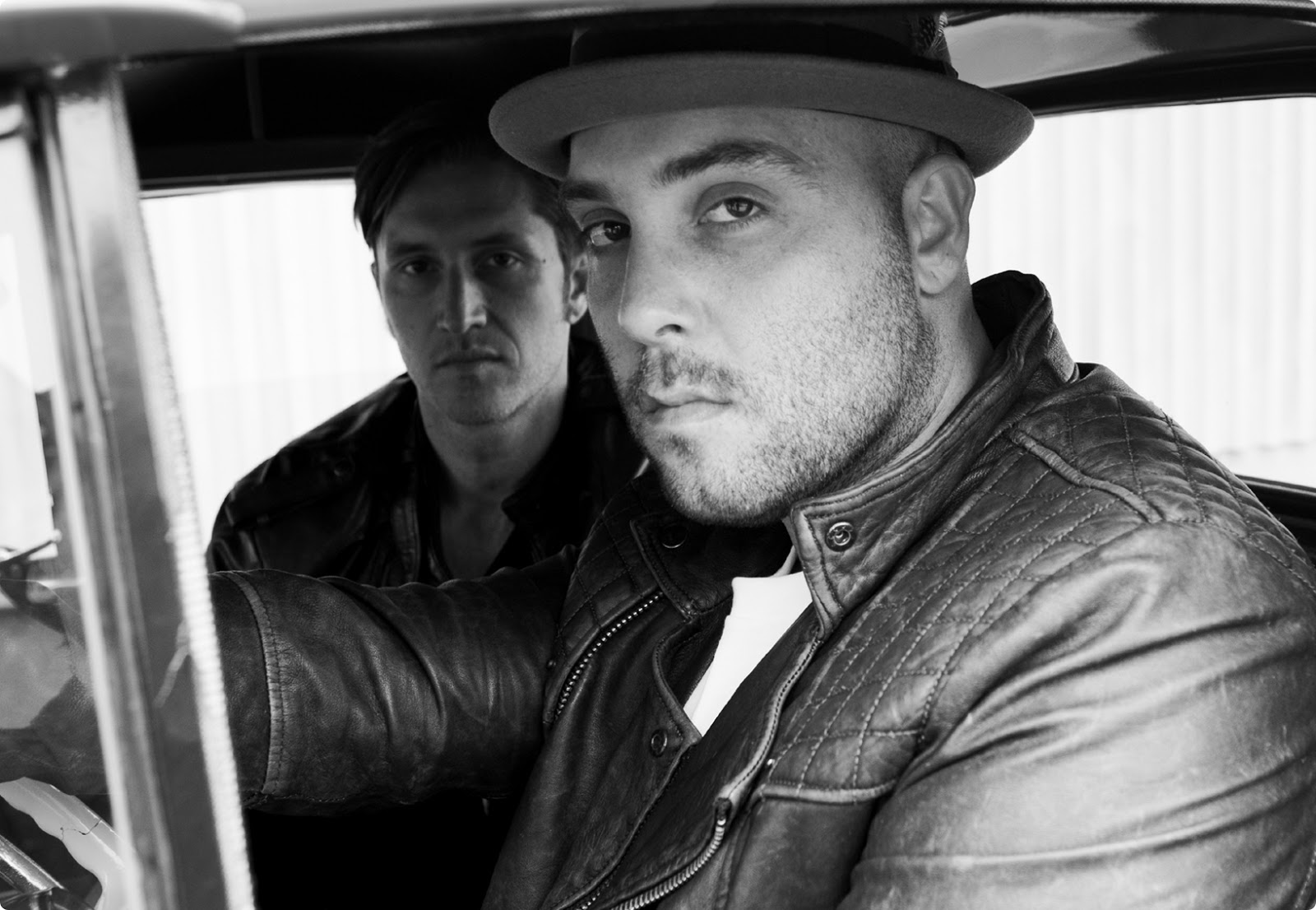 See and hear “War On Love” courtesy of Diffuser.fm and Buzzbands.LA

“The melodies are infectious.” – Nylon Guys

“Growing up is hard, and the video for ‘Howl At The Moon’ was intended to show a day in the life of kids who were having that experience,” says Nathan Blumenfeld-James of the Los Angeles-based band Early Morning Rebel.  The video is for the latest track from the band’s just-released EP “Life Boat.”  The title tune (called “a track of hopeless beauty” by USA Today) brought Early Morning Rebel attention throughout 2013 after it was featured prominently on the hit television show “Grey’s Anatomy.”

“When we were younger, we’d do weird, ritualistic stuff to give our experiences power,” Blumenfeld-James continues. “Dropping acid or taking mushrooms and burning each other with cigarettes - we were always looking to some sort of relief to alleviate some of the pain and frustration of life.”

Some of these depictions seen in “Howl At The Moon” seem very real.

“We wanted to shoot it documentary style,” Blumenfeld-James says. “On the day, it wasn’t hard to shoot in that way, 'cause all that stuff actually happened, minus the blood.”

Most of the clip was shot at a motorcycle junkyard in Lancaster, California, that Blumenfeld-James describes as “The type of place that if you lived there growing up, you would be doing the things our actors were doing: surfing a moving car, lighting bonfires, and getting high.”

Immersed in fashion, art, and music in L.A., producers and musicians Nathan Blumenfeld-James, Dustin Bath and Joshua Mervin of Early Morning Rebel are also filmmakers who produced, directed, and edited “Howl At The Moon,” as well as the band’s other music videos, themselves.

“Dustin and I have been working in TV, film, photography, fashion, and music simultaneously for our entire career,” explains Blumenfeld-James.  “Growing up in L.A., we began making short films and shooting videos in high school.”

Following the recognition for their musical and visual endeavors, Early Morning Rebel became a go-to band in the fashion world when it was discovered that their style extended beyond their sound.  Press from the likes of Details, BlackBook, Nylon, and Vogue Italia followed, and now the band will launch its own fashion label at an event in the UK next month.  Read more about it courtesy of MWB here. 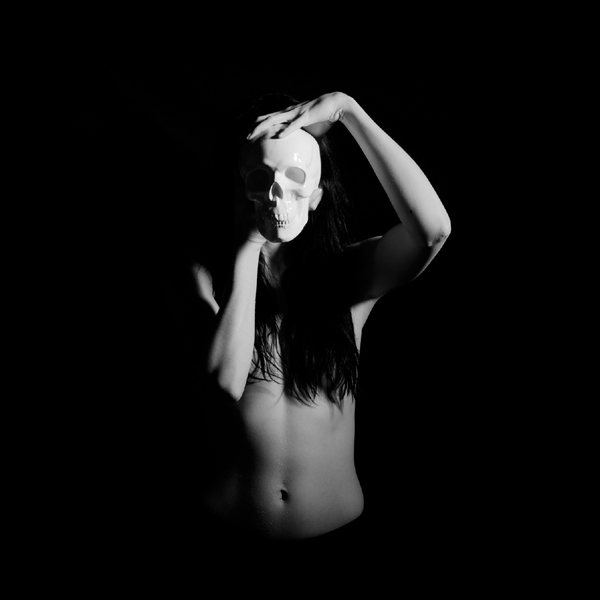 Redvers front man Justin Gill arrives in US from Australia to record next album, Set to perform live tonight in L.A. 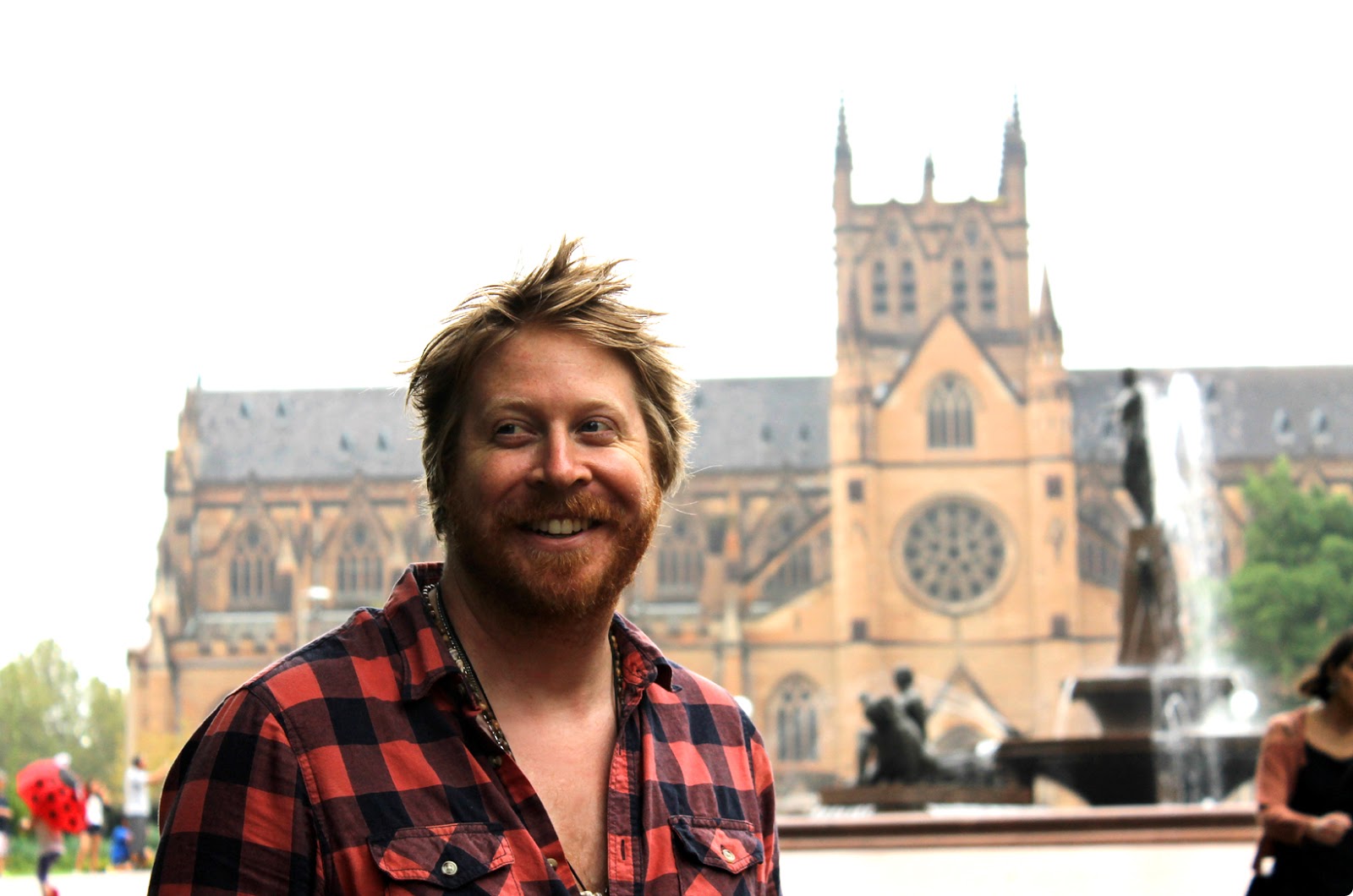 Justin Gill of Redvers as photographed by Sumi Saini

See the premiere of “Impressions” by Redvers courtesy of Exclaim!

Recorded in one sitting at San Francisco’s Tiny Telephone, Truth In Silence, the debut album from Justin Gill, the Australian songwriter behind Redvers, arrives June 3rd.  A prolific artist, Gill is already returning to the studio, having arrived back in the U.S. as of this week to record a follow-up.  And if he wasn’t keeping himself busy enough, Gill will take time out to perform a solo set tonight in Los Angeles at the Room 5 Lounge. More details here.

“I’m not a fan of traditional love songs,” Gill says, discussing “Impressions,” the latest single from Truth In Silence which is now streaming via the website for Canada’s largest music paper Exclaim! “They seem to tackle the egotistical notion of human love rather than love as a universal expression.”  This notion explains how “Impressions” started off as a song about a girl that Gill dated, but in his words, “turned into something completely different.”

Of the last-minute moments of creativity leading to the marathon sessions for Truth In Silence, Gill says, “I only had the morning to complete some crucial lyrics, but they seemed to come quick in an old Mission District diner the morning of recording.”

Redvers arrives onto the music scene at a time when the world needs more heart and less noise, and Gill delivers this between the notes of the undulating rhythms and unassuming, visceral prose of this collection of personal songs.  The sound of the album couples the quiet inspiration and literary backdrop of Gill’s majestic Blue Mountain hometown and the realization of his dream of recording in America.

“I was enraptured at the sense of freedom as I boarded the plane,” he remembers of his trip to San Francisco to make the album. “I was off to capture a special moment in time.”  Truth In Silence was produced by Ian Pellicci (Deerhoof, John Vanderslice, Wooden Wand) who captured the entire album in a single day.

“I was stunned how quickly it happened, but it just poured out,” Gill says. “We had so much time left, it allowed me to experiment a little,” he explains of the scenario that led to Magik*Magik Orchestra cellist Michelle Kwon’s appearance on the recordings.

Justin Gill of Redvers is available for interviews.  Contact Josh Bloom at Fanatic for more information. 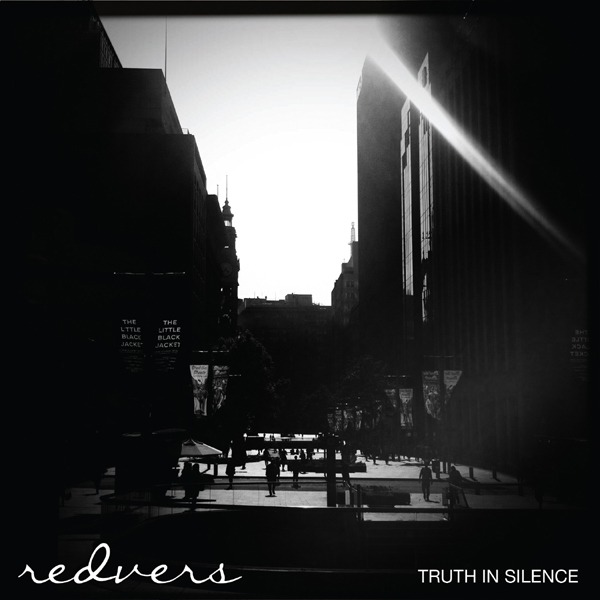 Posted by Fanatic Promotion at 2:32 PM No comments: