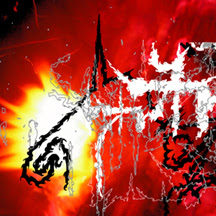 Of course MTV's Headbanger's Ball Blog (that felt weird to write that) posted a blurb and link to the Lesbian e-card the other day.

Being honored the band with the Indecipherable Logo Of The Day prize is just one of many recent accolades flung in Lesbian's direction as they win over the metal world with their new album Power Hor from San Francisco's Holy Mountain label.

Not only did Revolver Magazine mention 'em on the cover, but About.com's very mild-mannered looking Chad Bowar even had great things to say.

Fanatic's Josh Bloom was particularly enthused that Decibel Magazine mentioned that one of Lesbian's MySpace Top Friends is Marijuana.
Posted by Fanatic Promotion at 9:52 PM No comments: 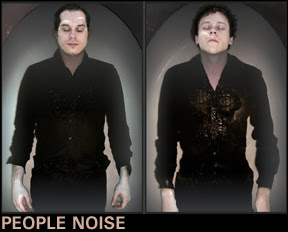 People Noise is a name that constitutes sound, and and a lot of it.
Band leader Zeke Buck began making this new music in early January of 2006 after a ten year involvement with VHS or Beta came to a halt. One of the founding members and principal songwriters in VoB, Buck, together with Matt Johnson on drums, has set out to do some of the things he was never really able to do before.
See the band out on tour across the nation now through forever and click to download an MP3 of the Jesus and Mary Chain-esque first single "The Killing Fields" from the band's debut Ordinary Ghosts, to be released June 12, 2007. Get a sneak peek at at the upcoming Wooden Wand album James and The Quiet, out June 12, 2007 on Ecstatic Peace. The track "Delia" is now streaming over at MySpace.
Posted by Fanatic Promotion at 9:17 PM No comments: 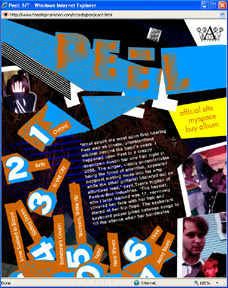 Check out the e-card for the debut album by the Austin, TX band, PEEL. We love these guys (and gal) and you should too. Look out for the PEEL US tour coming this summer, and check out their self-titled album out on Peek-a-Boo Records April 2nd.
Posted by Fanatic Promotion at 10:57 AM No comments: 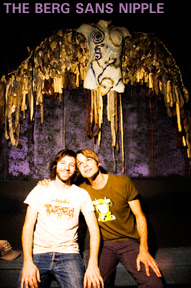 Team Love duo The Berg Sans Nipple played a most excellent show at NYC's Bowery Ballroom on Thursday March 29th. While most of the Fanatic staff were overly perplexed by the presence of glowsticks, and "hippie dancing", this only enhanced our enjoyment. The band's super new record "Along The Quai" can be streamed right here. The photo at left was taken by Sarah Cass at Fanatic's 2007 SXSW showcase.
Posted by Fanatic Promotion at 10:25 AM No comments: 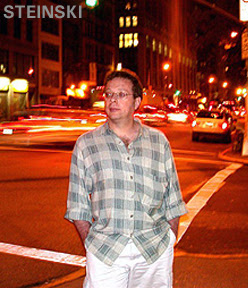 The Illegal Art label will be releasing the definitive compilation of material by Steinski in the late Summer. This is a very, very good thing. Also, proprietor Philo T. Farnsworth is initiating the IA Download Club with a continuous 50+ minute mash-up from the most amazing Evolution Control Committee as well as an EP of rarities from someone or other known as Girl Talk.
Posted by Fanatic Promotion at 10:10 AM No comments: