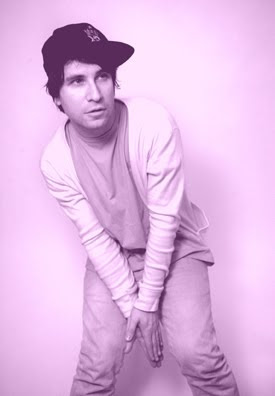 +++
Play and post the new NITE CLUB track, “Genorate”.
STREAM: http://fairtilizer.com/track/niteclub-genorate
+++
“NITE CLUB’s My Tronic is much funkier than a bedroom indietronica album has any right to be.” – URB
Richard Spitzer aka NITE CLUB had a great 2009. His debut album My Tronic got NITE CLUB noticed and the video from that album for the cover of Kanye West’s “Good Life” got him loved. NITE CLUB now presents the exclusive debut of a brand new song: the ultra-dance electro-pop song called “Genorate” (MP3).
Also new from NITE CLUB: the video for the “My Tronic” album track “Left Right” (VIDEO) along with a remix by Japanese label mates The Samos for the another album cut, “License Control” (REMIX). NITE CLUB is currently performing in and can also be heard this summer remixing Shunda K of Yo! Majesty’s single “Here I Am To Save The World.”
+++
More NITE CLUB audio and video:
NITE CLUB “Left Right” VIDEO: http://bit.ly/niteclub-leftright
NITE CLUB “License Control” (The SAMOS Mix) MP3: http://bit.ly/niteclub-licensecontrol-samos-remix
+++
NITE CLUB
My Tronic
(Tape Theory)
+++
NITE CLUB Links
EPK : FACEBOOK : MYSPACE : TWITTER
+++
Contact Josh Bloom at Fanatic Promotion, Inc.
WEBSITE : TWITTER : FACEBOOK : E-MAIL
+++
Posted by Fanatic Promotion at 11:56 AM No comments:

“A knack for snappy indie-pop but a penchant for spacier art-rock along the lines of Kid A… the balancing act they play between the two is pretty stellar” - MissionFreak.com

CAW! CAW! are four friends from a nerdy high school on the north side of Chicago, and nearly a decade of playing together in attics, basements and weird spots all over the country has honed their sound like water over rock.

Booking their own way through months of touring since the release of 2008’s Wait Outside EP, the boys have had ample time to hammer out their musical differences and have finally found a sweet and uncommon sense of unity, striking a delicate balance between saccharine harmonies and lacerating screams, tangles of crusty noise and sun-soaked melodies.

Their forthcoming debut LP, Bummer Palace, was recorded in the heart of June in and mixed seven months later in the depths of a winter. It’s a shimmering and sweaty record that tosses and turns between propulsive, shivering grooves, hailstorms of impudent guitar orchestration and viscous, cinematic dream sequences; all guided by the crystalline voice of a frightened boy, shouting his hopeless tale of disillusionment and despair at a world of cold shoulders.

Posted by Fanatic Promotion at 11:47 AM No comments:

The Shondes launch nationwide tour in support of upcoming sophomore album, “My Dear One.” 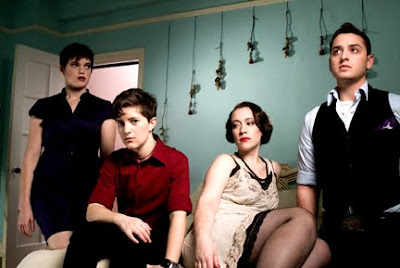 “Nothing Glows” is the latest MP3 by The Shondes available for re-posting from My Dear One.

Brooklyn-based band The Shondes has launched a nationwide tour in support of the upcoming release of My Dear One – the band’s second album and first since signing with Fanatic Records.

Already named the “newest lonely hearts epic” by Chris Weingarten in the Village Voice and thought of as possibly “one of the real world's favorite bands of the next decade” by Chris Estey of popular culture website, Three Imaginary Girls, one thing is becoming clear – guys named Chris love The Shondes.

In addition to the previously released MP3s from My Dear One for the rocking title track and the single “Make It Beautiful,” The Shondes are now offering up the album’s tear-jerking ballad, “Nothing Glows” (MP3) as a free promotional download.

In addition to making political art and melding influences as disparate as classical and traditional Jewish music and punk rock, The Shondes work for justice on many public levels, including in queer communities and as Jews fighting for a free . As the band’s upcoming My Dear One is actually a break-up album, it serves as a more personal reminder that those who fight for what they feel passionately about still suffer heartbreak.

The Shondes
My Dear One
(Fanatic Records)
Release:

The Shondes On Tour

Debut EP set for release April 27th; Band to perform in with Red Sparowes in May 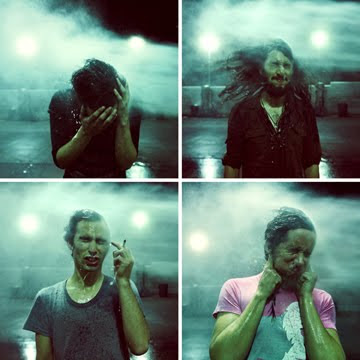 "This band should be playing Disney Hall with the combined force of the L.A. Philharmonic behind them. Listen to this album soon.” – The Record

"Once Jesus Makes The Shotgun Sound’s louder—as in really, really, deafeningly loud—songs start, I feel less ashamed of my near-tears. I almost can’t resist the urge to start writhing a bit myself; it’s obvious that my emotions aren’t being manipulated by any run-of-the-mill dudes in their 20s." – Anthem Magazine

“Do Not The Clothes Make The Man!?”

About Jesus Makes The Shotgun Sound:

Hailing from the heart of ’s desert wasteland, Jesus Makes The Shotgun Sound brings their apocalyptic message to mass attention by any means necessary. Influenced by the likes of radio host Art Bell, Robert Anton Wilson, Teddy and Terry Riley (no relation), Jesus Makes The Shotgun Sound merges noisy synths, discordant guitars, and percussive machinery with the precision and transcendence of dark ritual.

Jesus Makes The Shotgun Sound formed in 2004 with multi-instrumentalist Ramiro Zapata and drum machine Adrian Laguna. After six years, over 500 shows, and a revolving cast of their friends and cultist-like followers, maximalist Lvis Pe Rez and sound conjurer Sergio Camarena balanced the scales. Collectively, Jesus Makes The Shotgun Sound taps into the kind of desperation born of : vapid consumerism, gang violence and social apathy. The sweeping vision of these young men is to create music that challenges the expectation of the listener, leaving one with the sort of uneasiness usually reserved for personal epiphany or witness to a violent crime.

Posted by Fanatic Promotion at 11:28 AM No comments:

“...a woman whose voice reminds me of how beautiful women’s voices can be.” - Lauren Byrne, Examiner 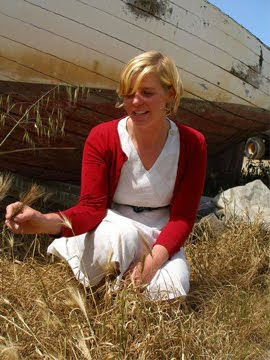 “Paper Diamonds” is the new single and video from Ash Reiter. Cleared for re-post.

Leading the way in a fusion of musical stylings that encompass the jazz elements of Feist and the intimacy of Cat Power, Ash Reiter won’t let the beat drop whether she is crooning about trampled hearts or singing an ode to a run down apartment. Reiter has been performing and touring since 2006 when she started her college band, Drunken Boat, a lo-fi folk affair with a sound that now underlies the more dance oriented rock and roll sound she now represents.

A voice like honey and whiskey and lyrics like... well, honey and whiskey, Reiter brings you soaked grooves and an arsenal of dance gems. She’ll lure you in with delicate folk-pop melodies made believable by Reiter’s charming rough edge. Both sides are probably a necessity for Reiter in her day job as a second grade Catholic school teacher.

Reiter’s debut album, Paper Diamonds, was partially recorded in with musicians she met on tour. The spontaneity of those recordings is balanced with the stability of the remaining tunes which were produced by Reiter at home with her drummer, Will Halsey. Other members of the Ash Reiter band include Mike Spreer on Bass and Drew Brown on Lead Guitar.

Posted by Fanatic Promotion at 5:17 PM No comments: 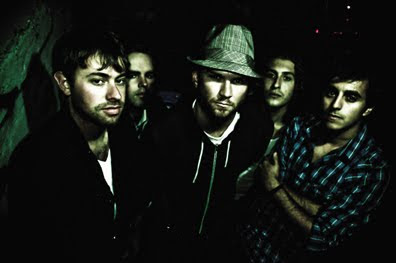 “In The Air (Revival)” is the first single and video from Spin.

“Through The Mojo Wire”

Already named New York’s “Best Emerging Artist of 2009” by readers of The Deli Magazine, Midnight Spin recently shot their first music video for the debut single “In the Air (Revival)” (MP3) with the help of MTV producers seeking additional high-profile exposure for the band and this undeniably accessible song.

This goal is now being met as this five-piece rock outfit from , , fresh off playing the John Varvatos Fashion Week party with Guns ‘n Roses, has begun selling out premier venues such as Manhattan’s Mercury Lounge.

Now, Midnight Spin is quickly expanding their horizons beyond their crib by making plans to bring their high-energy guitar rock for the 21st century to colleges and clubs around the country. The band will be touring in support of its debut EP Through the Mojo Wire produced by Nic Hard (The Bravery).

Posted by Fanatic Promotion at 5:00 PM No comments: