“Citizens” album earns praise as band heads back to studio to work on its next batch of unique socially-conscious pop songs. 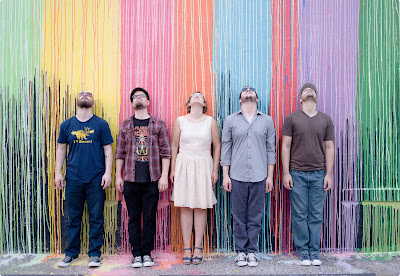 
“A song about plain old heartbreak but also the heartbreak of having your house broken into.” – Texas Monthly on “Burglar”.

Houston-based sociopolitical pop act, The Wheel Workers follows up its 2014 nomination as “Best Pop Act” at the Houston Press Music Awards with a total of eight nominations in 2015 including “Best Local Recording” for its current album CITIZENS, as well as “Best Live Act.” Bandleader Steven Higginbotham has also been nominated as “Local Musician of The Year” and “Best Songwriter,” an especially noteworthy accomplishment for a pop band.

“I love artists who’ve had something substantial to say beyond the standard lyrical fare in pop songs,” Higginbotham says.  The Houston Chronicle called The Wheel Workers’ previous release “one of the best albums made in Houston last year,” and now CITIZENS is earning similar praise, this time on a national level.

When Higginbotham talks about substance in pop songs, he’s talking about the pairing of sociopolitical consciousness with a memorable hook. After all, there’s a reason that listeners are still moved by the catchiest folk and punk protest songs of Woody Guthrie, Bob Dylan, and The Clash. This approach to music-making by The Wheel Workers is the reason why the Houston Chronicle went on in that same piece to call the album a “thoughtful recording that offers new rewards during repeated playings.”

On CITIZENS, the band’s way of doing things has become masterful, as the album’s latest single “Burglar” proves. Higginbotham started writing the song the day after (guess what?) his home was burglarized.

“The singing style is reflective of my angry and vulnerable state at the time,” he recalls. Higginbotham didn’t finish the tune off until some time later when a failed relationship left him feeling that same way again. “So the song is ultimately about the break-up and looking back at what was lost,” he concludes.  The music video for “Burglar” was recently premiered by Texas Monthly which noted the clip’s “Wes Anderson-inspired aesthetic.”

“The original idea for the song was written a day after my house was burglarized, thus the title,” Higginbotham explains.  “Fortunately, they didn’t go upstairs, so my recording gear was intact!  I had been drinking, and my singing style on the song is reflective of my weird, drunken, semi-angry and vulnerable state at the time.”

With all that’s going on for The Wheel Workers and CITIZENS, the band is already looking towards the future, having already tracked basics for its next full-length.

Higginbotham and the band’s Craig Wilkins (a fellow Houston Press Music Awards nominee as “Best Keyboards”) note that the next record will be of a more collaborative nature.

“On the last two albums I wrote most of the songs,” explains Higginbotham. “A lot of the next album is drawn from blank-page jam sessions held in the studio. I think the material is our best yet.”

Wilkins confesses to being “really excited and nervous about this next one. It will be our first truly collaborative process, and other local musician friends are helping out as well. We keep buying more synthesizers.” 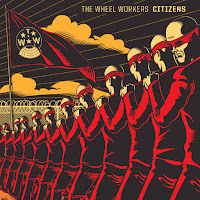 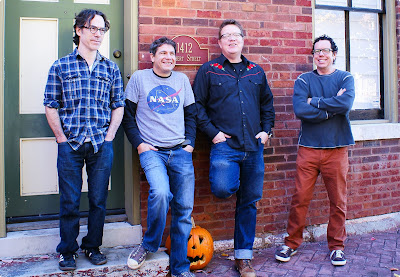 In 1994, Athens, GA-based band Five Eight released Weirdo, the album that should have been a breakthrough for the relentlessly hard working and touring band that formed in the late 80’s.  Twenty one years later, Weirdo gets the deluxe re-release treatment courtesy of Austin-based label Chicken Ranch Records.

The Weirdo reissue, remixed from the master tapes by original producer David Barbe (Sugar), remastered by Jim Wilson, and featuring new artwork along with five unreleased bonus tracks, is now available as a 180 gram double-LP and digital download.

Barbe comments on how he has returned Weirdo to the way it was originally intended, saying, “When I turned in the finished mixes to the A&R man, he listened, called me and said, ‘You have made a great record.’ His opinion would change.  I believed that the hyped, over-processed records of the early 90’s were going to sound hopelessly dated in time. He wanted Five Eight to give him his own Nevermind, and this was not it.”

At the time, the label pushed and received the record they wanted, but now Five Eight has finally arrived at the sonic version of Weirdo that they imagined from the beginning. The reissue of Weirdo by Five Eight is available now via Chicken Ranch Records here.  Members of Five Eight are available for interviews.  Contact Josh Bloom at Fanatic for more information. 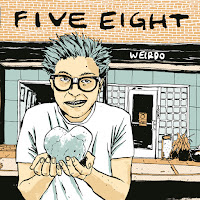 Veteran Austin-based songwriter Craig Marshall to release “After All,” produced by Robert Harrison of Cotton Mather. 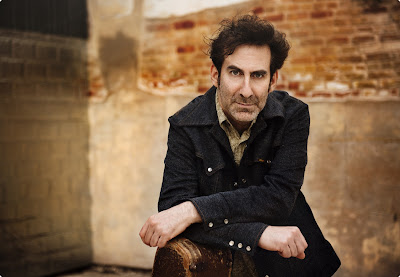 Hear “Something On Your Mind,” the first single from the new Craig Marshall album After All, via Guitar World or at the links below!

“Marshall deftly weaves a bit of rockabilly with a twang and a rock beat. This winning combination showcases his solid songwriting and guitar skills.” – Guitar World

Austin-based musician Craig Marshall believes that as a songwriter, he’s only as good as his next song. Fortunately, the prolific Marshall always seems to have a next song on tap, with a songbook that goes back thirty-plus years.  The latest entry into Marshall’s discography is his sixth album After All, arriving via Big Ticket Records on August 7th.  The album’s first single “Something On Your Mind” can be heard now via Guitar World.

Marshall will embark on a short tour of the Finger Lakes region in upstate New York later this month.  He will be joined by longtime friend and guitarist, Steve Novelli, a Knoxville-based master guitar builder and player, and Novelli’s nephew Joe Novelli on slide guitar. See below for dates. 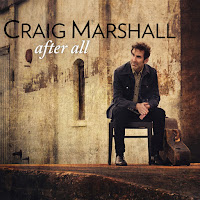 Posted by Fanatic Promotion at 10:13 AM No comments: