Mark Pellington has had more influence on pop culture than most rock stars; He’s worked with most of them, too. See “Just Wait” at Rolling Stone now.
+++

Nada Surf – “Just Wait” | A Music Film by Mark Pellington
[STREAM]: https://www.youtube.com/watch?v=l9QHI9dPAGg
+++
“I have been a huge fan and committed devotee of the band Nada Surf for many years,” says director Mark Pellington. “As a creator of videos and films, I love the marriage of imagery and music, and in recent years have really been pushing the narrative boundaries and form of pop/rock videos into music films. I love to merge my mind with the soul and music of brave artists like Nada Surf. Matthew Caws and I connected, and we decided to collaborate together on this music film.”
Filmed globally in three cities, Cambridge (UK), Los Angeles, and Sydney, Pellington calls the work, “a labor of love inspired by Matthew’s late father Peter Caws’ profound meditations. The piece actually benefitted from the coronavirus as we really took our time, let ideas percolate, and did not feel a need to rush and make a product.”
+++

[STREAM]: https://www.youtube.com/watc?v=f5wyfvwjVLY
+++
Christopher the Conquered and Gloom Balloon both released new albums via Grand Phony Music on Sept. 25th.
In lieu of a live album release show, label mates Christopher the Conquered and Gloom Balloon made a documentary with filmmaker, Logan Christian. “‘A Little Touch of Magic In The Night’ is super magical and special,” says Gloom Balloon’s Patrick Tape Fleming. “The definition of magic is the art of producing illusions as entertainment by the use of sleight of hand, deceptive devices. We show you the opposite here,” Fleming explains. “You see it all: The behind the scenes and the scenes taking place. Since we could not play an album release show or head out on tour to promote our albums, we decided to make a film about the magic of trying to create beautiful art and putting it into the world in very trying times. The whole film is made by us, filmed at Midday Studios where we made both of our records.”
Christopher Ford of Christopher the Conquered and Patrick Tape Fleming of Gloom Balloon are available for interviews. Contact Josh Bloom at Fanatic for more information.
+++
About | “Paper Man” by Christopher the Conquered
Fanatic Promotion · Christopher the Conquered - Paper Man [BONUS TRACK]
[STREAM]: https://soundcloud.com/fanaticpro/christopher-the-conquered-paper-man-bonus-track
Bonus Content! Christopher the Conquered’s song “Paper Man” only appears on the CD & LP versions of I Am Christopher, but now he has shared a stream of the song with American Songwriter which describes it as “Reminiscent of the soulful cabaret of Anohni (Antony and the Johnsons) and the operatic range of Freddie Mercury (or perhaps more accurately, Hedwig) merged with a piano bar pianist who just had his heart handed to him on a platter.”
Christopher Ford himself explains, “I wanted to record ‘Paper Man’ totally live, and my engineer, Adam Hill, said ‘Hey, you should do it on this grand piano.’ By that time, it was late at night, I’m exhausted, and my voice was all torn up. But with the lights turned down low, I sat down at this piano, feeling all these emotions from the weekend, and put on the headphones. Adam’s voice comes through: ‘By the way, the last person to play that piano was Stevie Wonder, so good luck!’ The piano felt magical in that moment and I think the performance is more powerful for it, like I was trying to do something to which Stevie would at least say, ‘Hey, not bad.’” Listen to “Paper Man” by Christopher the Conquered via American Songwriter here or at the link above.
+++
Christopher the Conquered | In The Press
“Impressive.” — Consequence of Sound | “Raw, emotional.” — Alternative Press
“Reminiscent of a young Elton John.” — Yahoo! Music | “His winning charm is subtle.” — Paste Magazine
+++
Gloom Balloon | In The Press
“Full of surprises.” — SPIN | “Vaulted, vigorous indie-pop.” — Paste | “Bright Eyes with a hip-hop groove.” — Glide Magazine
“Listen on repeat.” — Des Moines Register | “Deep soundscapes.” — Speak Into My Good Eye
+++
Christopher the Conquered
I Am Christopher
Out Now
(Grand Phony Music)
Streaming Link:
STREAM FULL LP
Track Listing:01. Pick Up Your Telephone (STREAM | VIDEO)
02. Put It On Your Credit Card (STREAM | VIDEO)
03. Try Again
04. This Is Not Love
05. You Can’t Rush the Rain
06. Love Is Not Something You Find
07. Slowest Girl In the World (STREAM | VIDEO)
08. Ordinary Person
09. The Old Record Store Down By the Sea
10. Paper Man [BONUS TRACK] (STREAM)
11. Too Many Teardrops (Toby Wright’s Magic Barn Mix) [BONUS TRACK]
12. Try Your Best [BONUS TRACK]
+++
Gloom Balloon
So Bergman Uses Bach To Get His Point Across, I Feel Like I Have Chosen Rock But At What A Cost
Out Now
(Grand Phony Music)
Streaming Link:
STREAM FULL LP
Track Listing:01. Tru Love Waits (LYRIC VIDEO)
02. Bergman Bach Rock (Not Burt Bacharach)
03. All Is Phair
04. Long Distance Love (Waterloo Sunrise)
05.. Beer Friend Forever
06. A Second Chance
07. In Our Dreams We Are Beautiful and Free
08. Did Anybody Leave Any Toothpaste Here?
09. Burnt Bridge Over Troubled Waters
10. Nicotine Glaze
11. Les Miserable
12. The Grass Is Always Green
13. Credits Roll Up, Tears Roll Down, Your Love Is Like The Sound Of The Rain Hitting The Ground (STREAM | VIDEO)
14. Advice On How To Write A Song
15. Sweet Women With The Sepia Stare
16. Bat Stick Crazy
17. Libras Don’t Like To Be Alone (Except Logan)
18. Long Distance Love (Waterloo Sunset) (STREAM | VIDEO)
19. All My Feelings For You (STREAM | VIDEO)
20. Don’t Call It A Comeback
+++
Gloom Balloon | Links
ASSETS : WEBSITE : FACEBOOK : TWITTER : INSTAGRAM : SPOTIFY : GRAND PHONY
+++
Christopher the Conquered | Links
ASSETS : WEBSITE : FACEBOOK : TWITTER : INSTAGRAM : SPOTIFY : GRAND PHONY
+++
Josh Bloom at Fanatic Promotion | Contact
WEBSITE : FACEBOOK : TWITTER : YOUTUBE : INSTAGRAM : SOUNDCLOUD : SPOTIFY : BLOG : E-MAIL
Posted by Fanatic Promotion at 1:56 PM No comments: 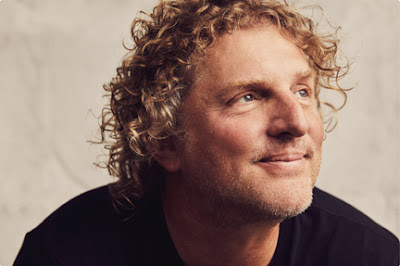 “Put this one on in your headphones, it’s truly lovely.”
Americana Highways brings you a sneak preview song premiere of Mark Bryan’s vocal and acoustic guitar version of the 1998 Hootie & The Blowfish song “Wishing,” originally heard on the band’s Musical Chairs album. The new version of the song closes Bryan’s upcoming fourth solo album, Midlife Priceless, out April 2nd, 2021, and preceded by a string of singles.
“The original track was written as an upbeat rock song,” Bryan says, “I came up with this acoustic version for singer/songwriter shows, and decided to record it for Midlife Priceless.’”
[STREAM]: https://fanatic.lnk.to/MarkBryan-WishingAcoustic
+++
Mark Bryan | About
Midlife Priceless is the title of Hootie & The Blowfish guitarist Mark Bryan’s fourth solo album.
It’s also how he rolls.
Three years since the release of Bryan’s previous record, a lot has happened: His 20 million-selling, two-time Grammy®-winning band got back together for a sold-out arena tour that meant as much to Bryan as it did to the fans that came out by the tens of thousands.
“Wanna Feel Something” is the new album’s first single for a reason.
Tonight we ride again
Just like we did back when
We were best friends, and it would never end
It’s right there.
Mark Bryan is about feeling something and making you feel something. The energy in the buildings around the country that rocked again with the songs that made Hootie one of the biggest-selling acts in music history, is all here on Midlife Priceless.
When Bryan gets to the guitar solo on “Wanna Feel Something,” it’s a done deal.
The album’s title draws a deep parallel, metaphorically, with a lyric from another of the record’s standout tunes, “Takin’ A Ride,” a duet with Wyatt Durrette, writer of the #1 single “Beautiful Crazy” by Luke Combs and author of many of the Zac Brown Band’s hits.
“Die young as late as you can”
It’s a beautiful statement. It’s a mission statement.
“That line speaks to the point I am in my life and why I’m still making music,” Bryan says.
Even before Hootie got back together to be met with love-filled venues as if it were the 1990’s again, Bryan was living this way. Through good and bad – especially bad – he was connecting with his youth, wonder, curiosity, and joy.
As defined, “priceless” is something so precious that its value cannot be determined.
A record album has to provide value though, right?
One of the reasons that Bryan chose to lead up to the release of Midlife Priceless with a long string of singles is because so many moods and styles are represented. He thought to give ‘em a chance to shine on their own, in a different way than they do as a collection.
This might not be an auspicious plan for some artists, but Bryan’s track record dictates that he knows his way around a single, and this approach is another example of how Bryan is living midlife priceless.
Midlife Priceless, the fourth solo album by Hootie & The Blowfish guitarist Mark Bryan arrives on April 2, 2021.
+++
Mark Bryan | Links
ASSETS : WEBSITE : FACEBOOK : TWITTER : INSTAGRAM : YOUTUBE : SPOTIFY : APPLE
+++
Josh Bloom at Fanatic Promotion | Contact
WEBSITE : FACEBOOK : TWITTER : INSTAGRAM : YOUTUBE : SOUNDCLOUD : SPOTIFY : BLOG : E-MAIL
Posted by Fanatic Promotion at 2:21 PM No comments: