Cotton Mather creates 64 mini-pop masterpieces, one for each hexagram of the I Ching, an “extraordinary book about ordinary life,” says mastermind, Robert Harrison.

Latest is part of three-song EP feat. Nicole Atkins, out Dec. 30th. Hear “Faded” via The Bluegrass Situation. Title cut from “Girl With A Blue Guitar” EP gets deep dive from Atwood. 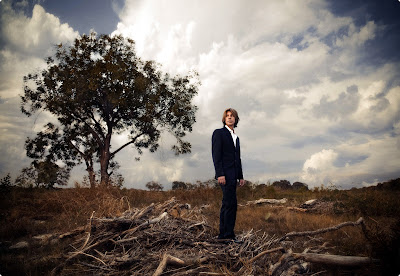 “Harrison’s gifts are as strong as ever.” – AllMusic

“Harrison and his comrades have retained their retro vitality. 8/10.” – Uncut

“Save money on the next (Beatles) reissue and try this colorful extension of their sonic legacy.” – Los Angeles Times

“A record that is not to be missed. Grade: A.” – Goldmine

“Cerebral aspirations grounded in a classicist’s grasp of melody.” – MAGNET 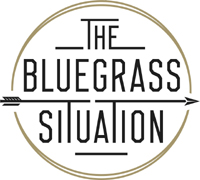 Hear “Faded” from the “Cotton Mather with Nicole Atkins” EP via The Bluegrass Situation or at the links below!

Texas Monthly kicked off the “Songs From The I Ching” project way back on November 16th, 2015 with this article and the first track premiere!

It didn’t take 15 years for ​​Cotton Mather’s Austin-based main man, ​​Robert Harrison to write the 64 songs (64 songs!) that comprise his latest musical vision: one song for each hexagram (or reading) of the I Ching.  That’s actually the amount of time that has passed since the last full-length album of new ​​Cotton Mather songs was released.

27 tracks from this treasure trove of new tunes, released in “real time and real weather” as ​​Harrison describes this creative process, have already been made available as of December 21st, 2016. These included non-album cuts, the full-length LP Death of The Cool (the band's first in 15 years!), the four-song EP "Girl With A Blue Guitar," and now a three-song release with singer Nicole Atkins that arrives on December 30th, which includes the final version of the song "Faded," previously issues as part of the project with a Harrison vocal only.

“‘Faded’ corresponds to the 64th, or final hexagram of the I Ching. I am writing these songs experientially, not sequentially, and that reading is 64,” Harrison says. “Before ‘Completion/ Not Yet Fulfilled’. Strange right? Logic would suggest that ‘After Completion,’ which is the 63rd hexagram, should wrap things up.  But the I Ching states that disorder and chaos immediately follow ‘After Completion,’ and always precede 1. ‘The Creative’, where it all starts all over again. It’s like moving out of a house where you’ve had a life, and starting over in a new place. At first, everything’s in boxes and you don't know where the light switches are.”

Hear the title track from the “Girl With A Blue Guitar” EP and read a comprehensive take on the tune via Atwood Magazine!

Except from the full “Girl With A Blue Guitar” commentary by Robert Harrison which can be found in full here.

“The night before I wrote this song, just before dawn, I dreamt I was lying in my bed, holding and looking at a gold-framed oil painting of my life that looked like a Dutch master. Then suddenly the muted colors on the canvas began to crack and all the paint began flaking off until I was staring at a radiant palace that was washing me in light. I held the frame before me and let the light engulf me. It felt so amazing. My arms began to tremble, and I noticed I was waking up but didn’t want to. I didn’t want this to ever stop! Then my eyes opened to the sight of a drab popcorn ceiling, which I stared at for a while. But that – was a good dream!” 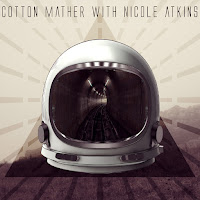 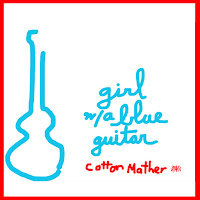 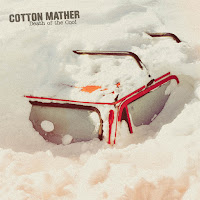 “Kontiki gave me something to shoot for.” – Britt Daniel (Spoon) 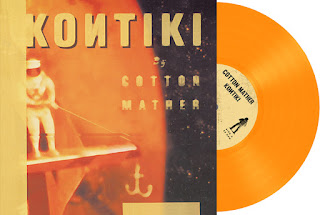 Cotton Mather’s 1997 album Kontiki was reissued on CD in 2012 with a bonus disc of demos.

Now, with renewed interest in the band, and this underground classic, Kontiki has been released on vinyl for the first time along with a bonus 7-inch, limited to 300 copies, containing two Cotton Mather tracks (“I’ll Be Gone,” and “Animal Show”) that were previously only available on a now out-of-print single.

Cotton Mather released its debut album Cotton Is King in 1994, but it was Kontiki, famously recorded on four-track cassette and released in 1997, that drew praise from critics and rock-stars alike, so much so in the UK that many thought the band originated there.

Uncut gave Kontiki five stars calling the record “music to smile yourself to death to.” Mojo said the songs were “brought to life with daring vitality,” and in its own five-star review, The Guardian called Kontiki “a bewildering, dizzy thrill.”

Corner Suns teams up with Sarah Jaffe for new single “The Rattle In The Room,” taken from Dallas-based band’s upcoming debut LP, out Jan. 13th. 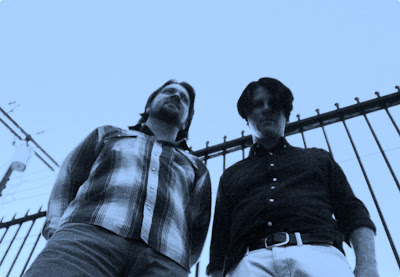 Hear “The Rattle In The Room” by Corner Suns (feat. Sarah Jaffe)

Corner Suns – In The Press

“A steady pulse of paranoia and psychedelia.” – Flood Magazine

“The song is literally about how much fun it is to make music, and you can hear it.” – KUTX / NPR

“Lingers in your mind long after listening.” – Glide

Corner Suns premieres “The Speed of Sound” and chats about cowboy outfits and snap shirts with Impose!

The album’s latest single “The Rattle In The Room” features Denton, Texas-based singer-songwriter, Sarah Jaffe on vocals. The track was recently premiered as NPR-affiliate KUTX, Austin’s “Song of The Day” here.

“I was going to leave this one off the record, but I changed my mind, or maybe Brandon changed it for me,” says Dufilho of the cut. “I asked Sarah if she'd be up for singing a few songs, and she liked this one. I'm always completely flattered when she's up for singing something I wrote.”

“The Speed of Sound,” another track and music video from the upcoming record, were both recently shared via Impose and The Big Takeover, respectively.

“I’ve been wanting to play this beat on something for a while now.” Dufilho says about the tune. “This song is mostly about how reality seems to make no sense and we're just watching, confused. It's about the Earth vs. the people on it, and how the Earth will no doubt win.” 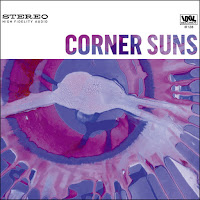 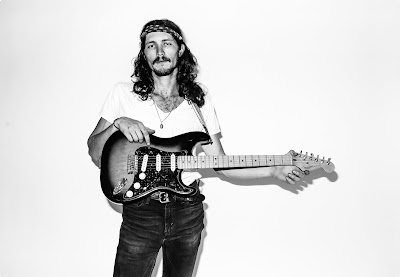 Shane O’Malley Firek of The Ferdy Mayne as photographed by Alexander Harris.

Hear “Pears And Asian Wine” from the upcoming self-titled debut album by The Ferdy Mayne. 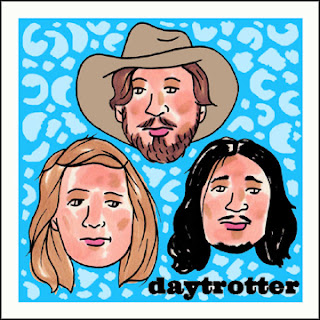 The story of Shane O’Malley Firek, the single constant member of The Ferdy Mayne, is one of journeys – physical, spiritual, and a combination of the two.

“I was going through massive change when I was writing this material,” Firek explains. His moves from Detroit to Nashville, then to New York City, and now on the eve of the release of his self-titled debut album (March 24th, Greater Peaks Records), to Los Angeles, all inform these songs.

“Los Angeles is a shimmering object at first glance,” he remembers. “It is unreliable, similar to the unreliable dream of New York City, but I trust in the truth that you can sharpen the tools you came here with.”

It’s a lot of movement, the other side of the coin of confinement, which Firek also knows something about. It’s likely the same optimism about his first glimpse of Los Angeles that kept him going before arriving there.

“Before my sobriety, I was completely insane, in and out of jail, losing friends and putting myself in considerable debt,” he confesses. “I quit drinking around the time I began to perform in New York, and I’ve been sober a little over three years now.”

Free of the law, and free of the hold of alcohol, Firek accomplishes on this album what any artist hopes to who has lived through pretty good and really bad, and that is to fully inform the work with experience.

Firek is most proud of his lyrics, and unlike some songwriters, he fights hard for them, sometimes over the course of many years.

“When I write songs, it takes a very long time. Very rarely do songs come quickly, aside from a few on this record,” he says.

While Firek has been pulling The Ferdy Mayne cart since 2008, the upcoming album is his first full-length effort. That said, the record has the fresh vitality that a first album should, and shows influences both very obvious and more obscure, from Bruce Springsteen, Lou Reed and Leonard Cohen to Merle Haggard, Wilco, and Lambchop.

“My influences are generally focused on very specific records and even more so, specific songs,” Firek says, breaking down the myth, and shedding light on the idea above by specifying it’s Darkness On The Edge Of Town, Street Hassle, and New Skin For The Old Ceremony that he’s feeling, along with Pride In What I Am, A Ghost Is Born, and How I Quit Smoking.

Firek’s laser-focused love for the specifics of other’s work also serves to put his own pride in perspective.

“I am in love with this record, and I want people to love it, too, but if the world doesn’t want it, I definitely have plenty more.” 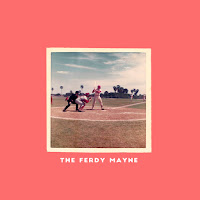