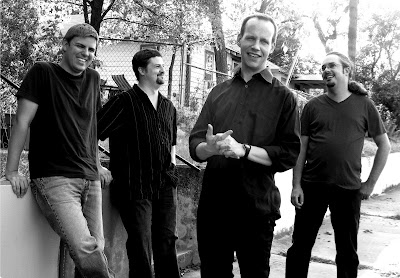 
“Their jazz-juiced convoultion is gentle, not orotund.  Pretzel logic redux?” – The Big Takeover

“Called ‘an indie rock Steely Dan’ by more than one pundit, and with good reason.” – BLURT

See the premiere of the “Trampoline” video by Mount Pressmore via Performer Magazine!

Already being compared to Frank Zappa (via a feature from Austin’s NPR-affiliate KUTX), Steely Dan and Peter Gabriel, the “chop-pop” of Austin’s Mount Pressmore is just that:  addictive earworms played with the utmost technical proficiency.  Talking Heads is another touchstone, and that band’s more intricate moments and visual style can be felt in the video for “Trampoline” from the just-released Mount Pressmore debut album Enjoy.

“Music was his religion,” says band leader Thomas Shaw of his father Robert Shaw, the 14-time Grammy winning conductor who brought his son up amid technical exercises, music theory, and classical recitals. “Then I heard Oscar Peterson and I was blown away,” Shaw remembers. He soon found B.B. King, James Brown, Led Zeppelin, and Fela Kuti.

Shaw’s unique musical education colors all of his work with Mount Pressmore.  All compositions are charted and performed live by this schooled quartet, which in addition to Shaw, includes fellow New York Collective School of Music classmate, Kris Studebaker, along with bassist Alexei Sefchick and guitarist Danny Anderson, both graduates of Boston’s Berklee School of Music.

The video for “Trampoline” was shot over a couple of days in and around Austin by director André Costantini, whose recent film credits include “Bel Borba Aqui,” a documentary about the life and work of Brazilian artist Bel Borba. “Inspiration came from many places,” says Shaw.  “In addition to the Talking Heads, we share an enduring reverence for Peter Gabriel’s ‘Sledgehammer.’”

And what of Sasquatch, the star of the piece?  “We’ve been playing with this idea of a Bigfoot creature as one of the primary residents of Mount Pressmore,” Shaw explains. “He’s a character wholly aware, but societally unencumbered. If Bigfoot exists within a mythical state, then man must be his avatar, and nowhere does this dualism approaches a fusion more so than in dance.” 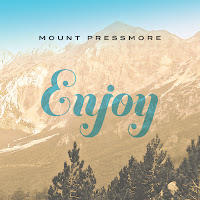 Posted by Fanatic Promotion at 12:30 PM No comments: 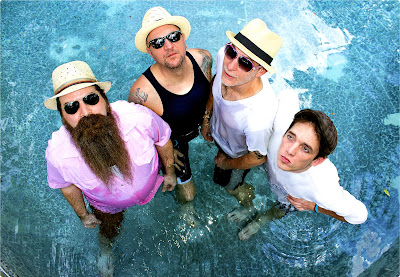 “Hey Pretty Mamma” is the latest single from the new album All The Good Times by Starlings, TN

“On a mission to inject Spiritualized’s space rock into traditional bluegrass.” – Austin Chronicle

“It’s the roiling sound of piss and venom that makes All The Good Times so memorable.” – BLURT

“I haven’t collaborated since high school, but the desire to be better has pushed me to,” says Steve Stubblefield, leader of Austin-based band Starlings, TN (pronounced Starlings, Tennessee) which recently released its critically acclaimed seventh album All The Good Times via Chicken Ranch Records.  It’s been a long time since those days for Stubblefield, who emerged from a punk rock background to found the  group in 2001 with current band member Tim Bryan, and the late David Schnaufer, famed dulcimer player and instructor (Cyndi Lauper was a student), who was widely credited with restoring the cultural popularity of the instrument.  An exhibition of Snauffer’s collection of dulcimers at the Tennessee State Museum is the subject of a Nashville Public Radio piece here.

The current incarnation of Starlings, TN is considered by all involved to be its most artistically collaborative and upbeat to date, and these good feelings are evident in the grooves of All The Good Times. Stubblefield remembers, “The Oklahoma City Gazette called our album How Dark It Is Before The Dawn one of the most depressing records ever to be released.  With All The Good Times, however, we’re different, the tone is different, and so is the expectation.  When the four of us are together, recording, performing or, in this case, making a video, we have fun doing it.”

The first single and video from All The Good Times is “Burnt Ends,” which for any Texan, doesn’t really need much explanation.  “It’s what I like most about Texas barbeque!” says Stubblefield, voicing exactly what we’re already thinking.  Much attention is being paid to the barbecue scene across the country lately (to wit, CBS This Morning aired this piece about Texas barbecue joints on the same weekend that “Burnt Ends” was shot.)  And while Stubblefield was simply writing from his heart (and stomach), he has none-the-less captured a zeitgeist with a barbecue theme song for customers to sing while waiting on those long lines for a taste.

The music video for “Burnt Ends” sees the band going on a “barbeque bender” on East 11th Street in Austin near the historic barbecue meccas Victory Grill and Franklin Barbecue.  “We also shot at Micklethwait Craft Meats,” says Starlings, TN label head Mike Dickinson of Chicken Ranch Records. “The restaurant regularly sells out of food early in the day, which allowed us to set up right in front of Micklethwait’s food trailer.”

Regarding “Hey Pretty Mamma,” the latest single from All The Good Times, Stubblefield explains, “At times, music and lyrics seem to just fall from the sky like a Louisiana summer thunderstorm and at other times I’m as dry as a Texas summer.”  When he began writing the album, Stubblefield was single, but during the process he rekindled a relationship from his youth.  As the time was drawing near to start recording, he felt one of the songs wasn’t right, “So my gal coyly suggested that I write one about her,” he says. “But, I told her, ‘Babe, you don’t want me to write a song about you because that will mean that our relationship has ended.  I can’t write a happy love song.’”

She asked Stubblefield to try anyway, and so, reaching for the dulcimer banjo hybrid, he sat down with a couple of drinks to tell the story exactly how it is. “From beginning to end, ‘Hey Pretty Mamma’ is exactly how we are on any given night,” Stubblefield explains. “We make drinks, we dance, and we sometimes stay up all night.”

All The Good Times by Starlings, TN is out now via Chicken Ranch Records.  Steve Stubblefield is available for interviews.  Contact Josh Bloom at Fanatic for more information.

Starlings, TN
All The Good Times
(Chicken Ranch – Out Now) 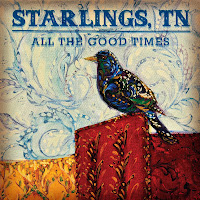 Posted by Fanatic Promotion at 12:50 PM No comments: 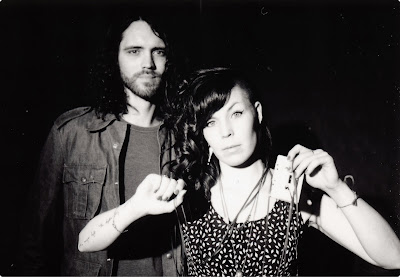 Check out the premiere of “Sebastian” by Take Berlin exclusively via The Wild Magazine!

Check out the premiere of “Vermona” by Take Berlin exclusively via BlackBook!

The Brooklyn and Berlin-based duo Take Berlin came together when, in the winter of 2011, guitarist Jesse Barnes pulled a discarded cassette deck from a snowy pile of trash in Brooklyn. A few months after that rescue, chance led Barnes to vocalist Yvonne Ambrée for the first time.  After a half-dozen trips across the Atlantic, Take Berlin had realized the greater fate of that discarded tape deck, utilizing its inherent vintage qualities to record and enhance all of the basic tracks on the “Lionize” EP, out today.

The EP represents the first collaboration from these two established musical talents. For their “day jobs,” Ambrée is an in-demand backing vocalist with some of Germany’s biggest artists, and more recently with US-based acts such as Syl Johnson, Kendra Morris and Sleigh Bells. Barnes can be found playing guitar with Eli “Paperboy” Reed, Lulu Gainsbourg, and Aloe Blacc among others.

The latest single from the EP recently premiered via The Wild Magazine and is featured in the latest edition of the Bandcamp Weekly podcast.  “‘Sebastian’ is largely influenced by Jose Saramago’s novel, “The Year of The Death of Ricardo Reis,” according to Ambrée. “In the story, the protagonist is visited by the ghost of poet Fernando Pessoa.  This magic-realism struck a chord in me as I began to consider the ‘ghosts’ that visit us from time to time - cultural ghosts as well as those from our own personal history.”

Barnez adds, “‘Sebastian’ was the last song we recorded for the EP and on the day we finished, we received word that a friend of ours had just given birth to a baby boy that they coincidentally named Sebastian!  We later received a video of the proud father dancing to our song with his son. Quite out of tune, yet truly touching.”  “Sebastian” is the follow-up to “Vermona,” the first single from “Lionize” which recently premiered via BlackBook and is currently receiving UK airplay on BBC6.

“‘Vermona’ was the first song we wrote together,” Barnes says. “The song focuses on the true story of a girl who is raised by her grandmother after the child’s mother escapes to the West in the trunk of a car.”  Even with the heavy subject matter, “Vemona” is still hopeful. As Ambrée puts it, “These children who grew up under communist rule were experiencing the world for the first time and since they had nothing to compare it to, the world was still a beautiful place.” 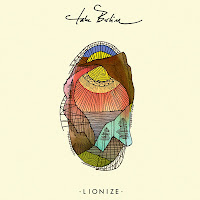 Posted by Fanatic Promotion at 3:57 PM No comments: