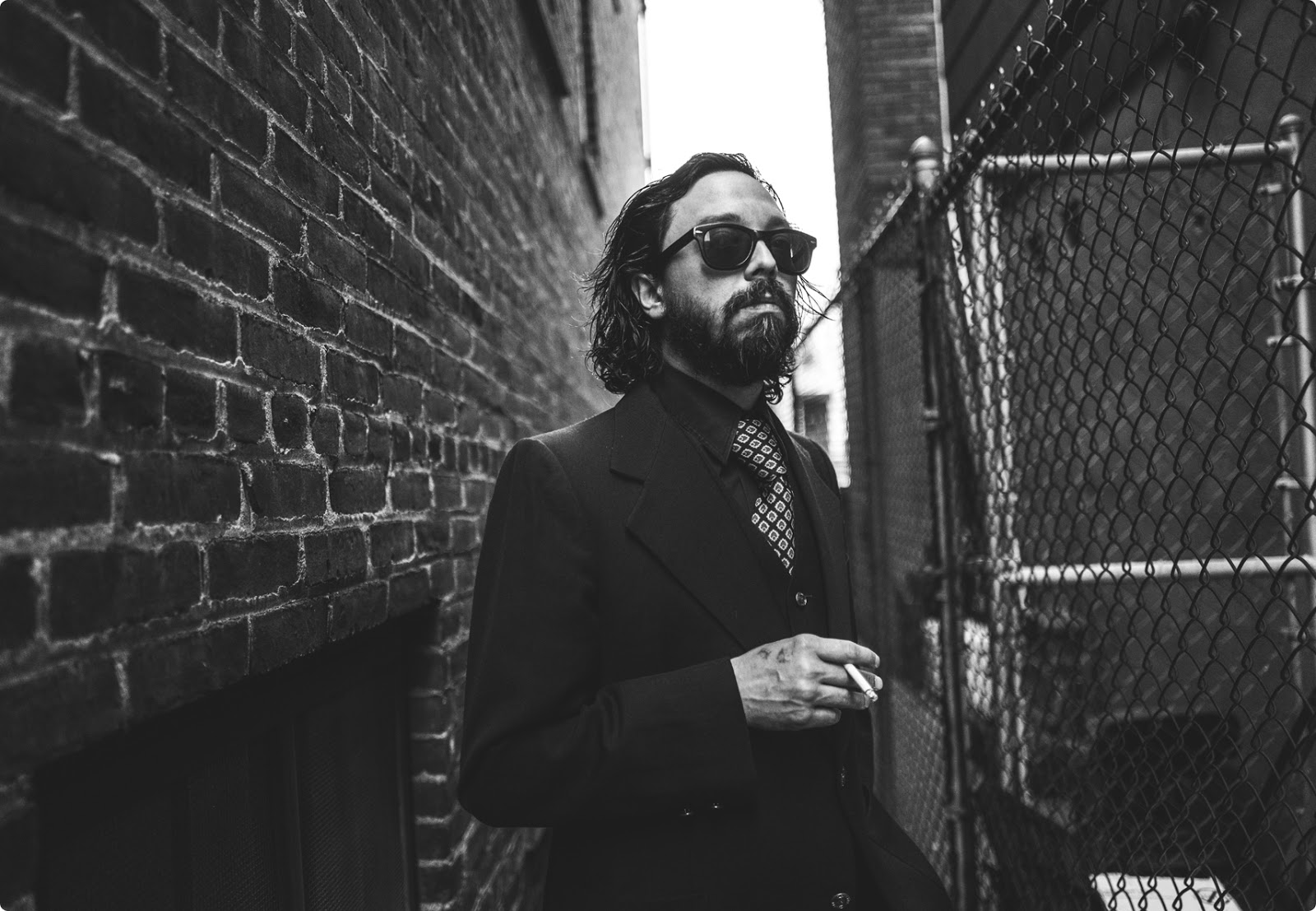 “As enticing as it is distant and strange.” — MAGNET

“Straight from the mind of John Carpenter.” — Elmore

Listen to J Hacha de Zola’s “Lightning Rod Salesman” (from Antipatico) at Paste or via the links below!

Rahway-based Avant virtuoso J Hacha De Zola, he of the self-professed purveyor of a sound dubbed “boozegaze” is forging forward following the untimely passing of one his main musical collaborators, legendary sax legend, Ralph Carney. Carney was best-known for his collaborations and work with Tom Waits, Elvis Costello, They Might Be Giants, The B-52s, any many more, as well as for being the uncle of The Black Keys drummer, Patrick Carney. He was also one of Hacha de Zola’s closest studio confidants. At the time of his passing in late 2017, Hacha de Zola said of Carney, “His work will go on forever. Moving forward with my next record, I am truly at a loss as how to proceed without him. I am truly grateful to have worked with him and to have called him a friend.”

For his as-yet-untitled fourth studio album, Hacha de Zola is working with producer John Agnello, who has most recently seen his recordings with Merge artist Waxahatchee reach a large and loyal following. Agnello is renowned for his work with Sonic Youth, Drive-By Truckers, The Hold Steady, and most notably, his decade-plus long relationship with Dinosaur Jr.

The new recordings will not only form the basis of a new Hacha de Zola full-length, but an all-Spanish language EP will also be scheduled for release. Hacha describes the results as “songs of love, magic, and power.” He continues, saying, “I find the typical band of ‘guys or gals with guitars’ to be quite boring and limited, which is why I have surround myself with this cabal of horn players, minstrels, poets, and weirdos. The record has a heavy Latin feel. Spanish is my first language, and I feel more compelled to celebrate my own culture, and the culture of those I grew up around.”

This attitude especially informs the stand alone EP, which Hacha de Zola describes as “stripped down, mostly acoustic, and all in Spanish.” Hacha de Zola further explains his musical journey to date, saying, “Over the course of the last three records, songs are coming easier, and more musical styles and genres are becoming accessible to me. Having a group of collaborators and different varieties of musicians on board has been essential in making Hacha sound more diverse. Styles that I thought I would be into – salsa, country, jazz, and spoken word. It’s been a non-stop process for me. Agnello has really helped crystallize this for me, and it just made so much sense to work with him on this one. I feel like I’ve made a new valued ally, and like with Ralph, a friend who believes in, and digs my musical vision.”

Further details of the upcoming J Hacha de Zola full-length and EP are forthcoming. The artist’s current release is his third album Antipatico (Caballo Negro Records), which prompted Paste to proclaim him “a wild man” who conjures “fire breathing artists like Screamin’ Jay Hawkins and Captain Beefheart” upon its release in October, 2017. 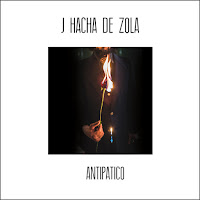 Posted by Fanatic Promotion at 11:33 AM No comments: 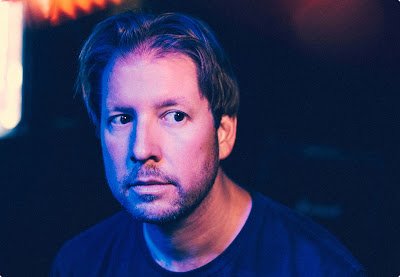 Hear “Get In Line” from “Distractions: Vol. 1.,” the first in an ongoing series of singles releases by The March Divide! All-new album Anticipation Pops arrives Aug. 24th!

Over the course of three albums, five EPs, numerous singles (including the recent two-song “Distractions: Vol. 1”), and a batch of cover songs in a mere half-decade, Putnam’s mostly one-man project The March Divide has delivered a seemingly unending stream of songs that have established the San Antonio-based artist as one of the best rock songwriters working today.

Today, in additional to launching another leg of his nearly non-stop touring schedule (see itinerary below), Putnam’s announces the upcoming release of the fourth The March Divide album. Anticipation Pops (Aug. 24th, Slow Start Records) is his best work to date, mostly because the ten songs here reveal a greater emotional depth, along with performances, and lyrics, that go beyond anything that Putnam has offered up before. Perhaps his near-manic recording and touring schedule was prologue that has led to the relatable sensitivity that is this album.

Recording at home on the fly, and skipping his usual demo and pre-production process, has allowed Putnam to maintain a spontaneous feeling that informs these songs, and obviously kept him from overthinking lyrics or anything else that stood in the way of a group of tunes that could be called “raw” if Putnam wasn’t so good at producing himself and if the word “raw” didn’t scream “under produced.”

That is to say: These songs sound great.

Anticipation Pops, the fourth full-length album by The March Divide is out August 24th, 2018, on the artist’s recently co-founded Slow Start Records label. “Distractions: Vol. 1,” the first in a series of singles releases, including the track “Get In Line,” is available now. 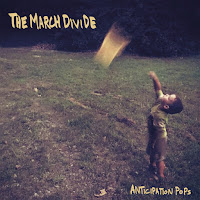 Posted by Fanatic Promotion at 10:15 AM No comments: 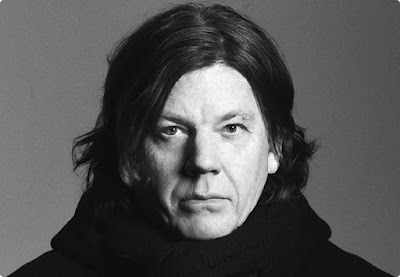 “Brimming with trademark wit and wisdom.” Hear “Oh You Little Witch!” by the black watch at PopMatters or the link below!

“Salutes the great DIY pop canon and trophy hallways of heroes with an illustrious array of pepped up jangle pop.” — Impose

This Friday, May 11th at 8PM at Stories Books and Cafe (1716 W. Sunset Blvd.) in Echo Park: Songwriter and author John Andrew Fredrick presents “Songs & Stories” in celebration of the latest EP, “The Paper Boats,” by the black watch. More info here.

“This song’s all in good fun - no harm, no foul,” says John Andrew Fredrick, the lone and long-standing constant leader of Los Angeles-based dreampop outfit the black watch about “Oh You Little Witch!,” his most recent single, recently premiered via PopMatters, and available now on “The Paper Boats,” the new EP from the black watch.

“I often metaphorically enter into other people’s consciousnesses, trying to imagine what it’s like to be them.” Fredrick continues. “But at some point one stops doing that. As the song declares, ‘I never wonder what it’s like to be you.’ You look at someone and go ‘Someone, somewhere used to be so interested in that person, and now they never hardly ever pay them any nevermind!’”

“The Paper Boats” represents the latest in a long, long line of releases by Fredrick (more than most artists conjure in a lifetime.) Some 25 or so releases, in fact, comprised of albums, EPs, and books, which will now be added to with the announcement of another “witchy” title.

“Witches!” is the just-completed new album by the black watch.

Further release details of the new album “that sounds like if Syd Barrett had joined New Order,” according to Fredrick, are forthcoming.

For now, Fredrick coyly notes that he was deeply engrossed in obsessively listening exclusively (“I mean, I didn’t even put on any Beatles”) to The Pink Floyd (unlike the band itself, Fredrick never stopped using the “The”) when writing and recording the follow-up to 2017’s The Gospel According To John. “Witches!” promises to be a serious departure for this long-running band of never-say-die indie rockers.

“The Paper Boats” EP by the black watch is out now on the eskimo record label. John Andrew Fredrick is available for interviews.  Contact Josh Bloom at Fanatic for more information. 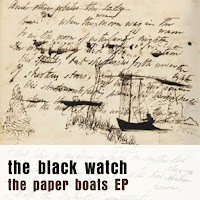 Posted by Fanatic Promotion at 2:45 PM No comments: 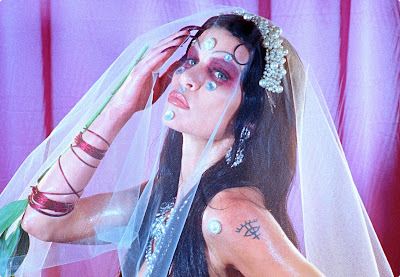 Metal Mother – In The Press

“A face off of industrial beats and tribal stomps.” — Noisey

“Projects a dark image. The music itself is delightfully softer.” — Vogue

“Don’t be fooled by her name. More maternal than metal.” — USA Today

“Sonically turbulent, ‘Pris’ longs to get lost within itself. Metal Mother employs layers of synths, vocals and sound clippings atop dramatic drums; their boom echoes a deep, unsettling urgency that refuses to resolve.” — Atwood Magazine

“This is an homage to the disappearing underground.”

Explaining “Pagan Jazz,” the new five-song Metal Mother EP out June 15th, Timberman directly references a track from Ionika, her 2013 album. The song “Doomdome” contains the lyric “RIP underground,” a statement that Timberman explains is “about the housing crisis and its effect on DIY safe spaces which are so culturally critical for marginalized artists to gather, experiment and co-create.

“‘Pagan Jazz’ is inspired by and written for the warehouse party world and all the absurd and whimsical fairies it attracted,” she continues. “I’ve lost many friends in the last couple years, including many close friends in the Ghost Ship fire. It’s taken everything I have to keep the magic, wonder, and weirdness alive in life.”

From that place of inspiration, Timberman initially wrote the songs on “Pagan Jazz” in a tiny golden clay dome on a Buddhist wolf sanctuary deep in the foggy coastal northern California redwoods.

With these new songs, Timberman shows that the weirdness is very much alive. The magic and wonder, too. The new music on “Pagan Jazz” reflects an even deeper focus on the duality and cross-section of Timberman’s core beliefs in equality, truth, beauty, humor, and spirituality, along with the more earthly pursuits of yoga, paganism, meditation, and psychedelics.

It’s also some kind of acid drenched surrealist synth creation that beckons, but the kind of beckoning that only comes from the pearly gates: you’ve been invited because you’re dead. It’s dark, electronic, and machine heavy, but at the same time familiar, vulnerable, and motherly.

The only entertainment Timberman had on hand during her time working on “Pagan Jazz” in the dome was a copy of “Blade Runner,” and in fact, “Pris,” the first single from “Pagan Jazz” is inspired by the “Blade Runner” character of the same name.

“It’s about growing up, integrating life experiences and embracing the lightness and dark that we grow into in our own ways,” Timberman explains of the song. “I know on a visceral level how temporary life is.” 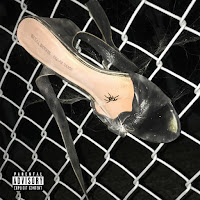 Posted by Fanatic Promotion at 11:23 AM No comments: