Pop songs that are both ultra-catchy, socially conscious: Unlikely pairing is masterfully handled by Houston-based band The Wheel Workers. 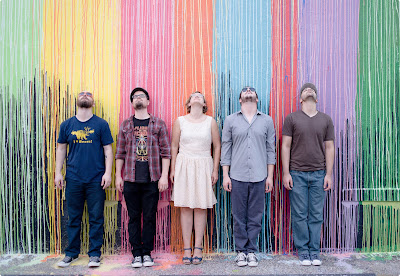 “Burglar” is the latest single from CITIZENS by The Wheel Workers.  Hear it via PopMatters or at the links below!

The Wheel Workers is a Houston-based five-piece recently nominated as Houston’s “Best Pop Act” in 2014’s Houston Press Music Awards. The band also received a nomination for Steven Higginbotham, the group’s lyricist, as “Best Songwriter” – an especially noteworthy accomplishment for a pop band.

“I love artists who’ve had something substantial to say beyond the standard lyrical fare in pop songs,” Higginbotham says.  The Houston Chronicle called The Wheel Workers’ previous release “one of the best albums made in Houston last year,” and now the band will follow it up with a new record CITIZENS, scheduled for release on May 26th , 2015.

When Higginbotham talks about substance in pop songs, he’s talking about the pairing of sociopolitical consciousness with a memorable hook. After all, there’s a reason that listeners are still moved by the catchiest folk and punk protest songs of Woody Guthrie, Bob Dylan, and The Clash.

This approach to music-making by The Wheel Workers is the reason why the Houston Chronicle went on in that same piece to call the album a “thoughtful recording that offers new rewards during repeated playings.”  On CITIZENS, the band’s way of doing things has become masterful, with the album’s opener “Yodel” providing a vibrant example of the pairing of hook and substance.

Learn more about The Wheel Workers and the upcoming CITIZENS album via this album preview video!

The album’s latest single (and a perfect example of just how The Wheel Workers can conjure an earworm) is “Burglar,” recently premiered via PopMatters.

“The original idea for the song was written a day after my house was burglarized, thus the title,” Higginbotham explains.  “Fortunately, they didn't go upstairs, so my recording gear was intact!  I had been drinking, and my singing style on the song is reflective of my weird, drunken, semi-angry and vulnerable state at the time.”

Along with Higginbotham, The Wheel Workers is comprised of Allison Wilkins McPhail (a fellow Houston Press Music Awards nominee as “Best Keyboardist”), Craig Wilkins, Tyson Sheth, and Dan Workman.  CITIZENS by The Wheel Workers arrives on May 26th , 2015. 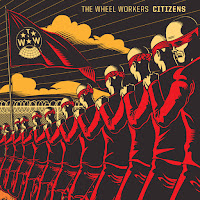 “There are a ton of producers trying to make records this good, but most of them don’t even come close.” – The Music Ninja 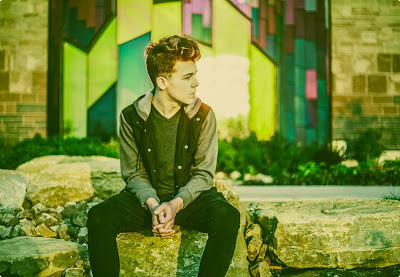 Brooks Brown – In The Press

“His age has no impact on his delicate, evolving sound.” – Earmilk

“Confident and incredibly mature.” – The 405

“We’re still on the hunt for the future... Brooks Brown is as close to it as we’re getting.” – Complex

“An outlet of escapist productions to enlighten your world.” – Impose 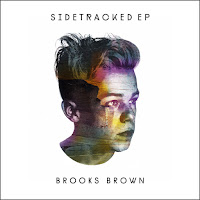 +++
Check out the premiere of the title track from “Sidetracked” via Earmilk and check out “Countdown” via PureVolume.

Brooks Brown was recently interviewed by Impose.  Read it here and check out the premiere of “Lights Out” at The 405.

Brooks Brown is a 17-year-old producer, multi-instrumentalist, and self-described “seemingly normal teenager” originally from Tulsa, Oklahoma and now based in Leawood, Kansas.

“My love for music defines my life,” he says. “It has grown into an infatuation and fuel for my dreams.”

Brown releases a new four-song EP called “Sidetracked” today.  The EP includes two new instrumentals along with two new vocal tracks, one featuring Brown himself on the mic for the first time.  The other, the EP’s title track and first single, features the beautiful voice of singer Madi Walsh, who Brown met when both were attending GRAMMY® Camp in Los Angeles in 2014.  The track was recently premiered exclusively via music discovery website Earmilk.

“I was working on music with Madi in mind when ‘Sidetracked’ first creeped onto my computer,” Brown recalls. “I sent her the tune, and within a few days, she sent me back a gorgeous vocal.”  As the pair started to think about how they wanted to release the track, it eventually became the core of what is now the “Sidetracked” EP, four cuts that hold together as a dreamy, hopeful, and optimistic set of songs.  Not bad for “seemingly normal” teenager. 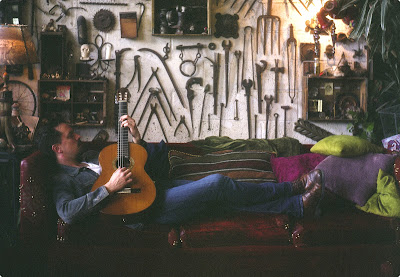 Hear “Firefly” from New York In Spring, the second of 2015’s two seasonal albums from Jeremy Bass, via BLURT or at the links below!

For the last decade, Brooklyn-based songwriter Jeremy Bass has been the Musical Director of The Secret City, the OBIE Award (Off-Broadway Theater Awards) winning performance gathering.  Bass started with the group when its membership numbered in the single digits, and has seen The Secret City’s membership grow to the thousands during his tenure.

Even with such a substantial and supportive artistic community as an integral part of his daily life, Bass wrote his new pair of albums in literal isolation.  Returning to single living in Brooklyn after a rough divorce in late 2013, Bass found himself secluded in an empty house, sifting through his memories.

Ultimately, the period resulted in two distinct but complimentary records - Winter Bare, a Merle Haggard, Tom Waits, and Johnny Cash-influenced group of songs that feature the mandolin and banjo, “divorce gifts” that Bass bought for himself, and the upcoming New York In Spring (June 9th), a collection of Bossa nova-inspired tunes featuring Bass’ live band, and influenced by the great Bossa nova composer Jobim and Brazilian guitar masters Luis Bonfa and Baden Powell.

“We worship art” is The Secret City’s slogan, and Bass’ determination to complete Winter Bare and New York In Spring to his standards, and in such a short span of time (the records both being released in the first half of 2015), shows that he believes.

“The need to finish New York In Spring kept me so busy that I didn’t notice the cold and exhaustion any more.  I became obsessed with creating a completely different sound than what came before,” he says.  The first of those sounds from New York In Spring can be heard on “Firefly,” the album’s initial single, recently premiered via BLURT.

“I wrote it for a girl I fell in love with at the restaurant where I was working when I first moved to NYC,” Bass recalls. “I was teaching myself to play Bossa nova at the time, something they didn’t teach at the classical conservatory where I was studying. It’s a tricky technique, but becomes part of your muscle memory. ‘Firefly’ was the first tune I wrote using this technique, and it paved the way for the songs that followed, many of which ended up on New York In Spring all these years later.”

Thematically, Bass describes the song as “just a sweet, green love song about a guy trying to get a kiss from a girl.”  Winter Bare by Jeremy Bass is out now.  New York In Spring arrives on June 9th, 2015. 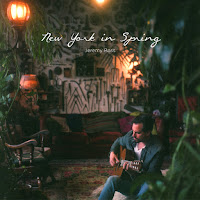 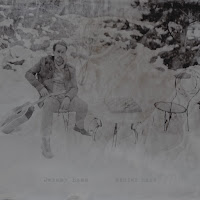 Posted by Fanatic Promotion at 8:48 AM No comments: