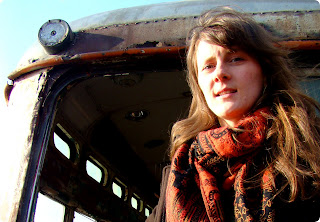 Annie Crane as photographed by Margaret Crane.
+++
PLAY, POST & SHARE
“Jump With A Child’s Heart” is the title track and first single from the new album by Annie Crane.
[SOUNDCLOUD]: http://soundcloud.com/fanaticpro/annie-crane-jump-with-a-childs-heart
[MP3]: http://www.fanaticpromotion.com/projects/anniecrane/mp3/anniecrane-jumpwithachildsheart.mp3
+++
“Annie Crane plays fabulous folk with enough thoughtful twang to transport you back in time...” – Time Out New York
“Without giving time effort, time will owe you nothing.” Annie Crane is speaking to the many talents that arrive in New York City each year to pursue their dreams. “Do it without complaint, to do it honestly and with the purity of a child’s heart,” she says, relating the theme of her new record, Jump With A Child’s Heart available October 4th.
Classically trained in her hometown of Rochester, New York at the Eastman School of Music, Crane knows of which she speaks, arriving in New York herself in 2006 where she persisted and stayed. It was at the famed Sidewalk Cafe that Crane began to climb the ladder. “I started hitting open mics and by the end of the year I was attending the Sidewalk’s ‘Anti-Hoot’ every Monday night for about a year.  It was there that I gained recognition and support.”
Crane’s blend of folk, Americana and traditional Celtic sounds transport listeners to worldly locales while retaining an urban edge that is the unmistakable influence of her adopted city. Her mythical songs weave together classic 60’s folk, indie pop and rock, traditional Irish music and Americana influences to arrive at a unique sound that is confident and all her own.
Reminding of legends such as Sandy Denny, Joni Mitchell and Gillian Welch, Crane has reached far and wide with her music with live performances logged from Copenhagen to Kentucky and from Berlin to Albany. In Paris, Crane was recognized as “one of the most pure talents from the real New York scene” and in Nashville she shared the stage with one of her icons, Emmylou Harris.
In addition to appearances by fellow songwriters Frank Hoier (who co-produced the album) and Eric Wolfson (who is also Crane’s husband), guests on Jump With A Child’s Heart include trumpeter Jason Benjamin, founder of The Red Hook Ramblers, Sarah Bowman of internationally acclaimed Americana duo, The Bowmans, and banjo maven Alexa Woodward.
Jump With A Child’s Heart” will be released on October 4th, 2011 via Constant Clip Records. The album’s title track is available as a single now. Annie Crane is available for interviews. Contact Josh Bloom at Fanatic for more information.
+++
Annie Crane Live
07/19 Richmond, VA @ The Listening Room 730PM
07/21 Brooklyn, NY @ Pete’s Candy Store 10PM
+++
Annie Crane
Jump With A Child’s Heart
(Constant Clip – Oct. 4th, 2011) 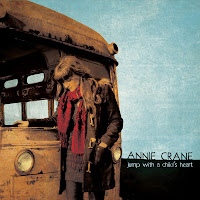 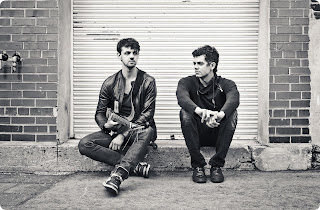 VAS VEGA (L-R): Jordan Holman, Mark LeRoy. Photo by: Jeff Cheong and Mae Tsui.
+++
PLAY, POST & SHARE
“The Living Dead” is the debut single and video by VAS VEGA
[VIDEO]: http://www.vasvega.com
[SOUNDCLOUD]: http://soundcloud.com/fanaticpro/vas-vega-the-living-dead
+++
Click for the video of VAS VEGA’s “The Living Dead.”
When Jordan Holman and Mark LeRoy of VAS VEGA sent their four song demo off to the five producers in the world that they dreamed of working with, they never expected their dream to come true. “Two months later we were in London, UK recording with Chris Potter (Rolling Stones, U2, The Verve),” says LeRoy.
“We still don’t understand it. There we were on our first day, shaking with excitement as Chris gets a call from Kylie Minogue and we hear him say, ‘Sorry Kylie, I’m tracking VAS VEGA.’” At the time, the duo had yet to play a live show together.
The first VAS VEGA single, “The Living Dead” (STREAM | VIDEO) drips heavy with piano driven hypnotic riffs and a haunting chorus of soaring vocals. Some of the all-star performances on the track include percussion by Steve Sidelnyk (Madonna, Seal), James Banbury (U2) on cello, 16-year-old drummer Fruit-Shoot, and programming by Tim Wills (The Cure, Ian Brown).
Shot in continual motion over seven nights in Los Angeles, “The Living Dead” video, like the song, pulses with urgency. Directed by Jonathan Bensimon, it beautifully depicts two youths with nothing to lose. The Guy: “What are we running from?” The Girl: “Everything.”
The single and video of VAS VEGA’s “The Living Dead” is just the beginning for a band that is writing the soundtrack to their lives. Jordan Holman and Mark LeRoy of VAS VEGA are available for interviews. Contact Josh Bloom at Fanatic for more information.
+++
VAS VEGA
“The Living Dead”
(Dove and Gun)
June 28th, 2011 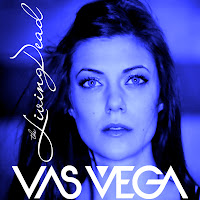 Check out stunning, not totally safe for work video from “Bonfire Diaries” debut.
+++ 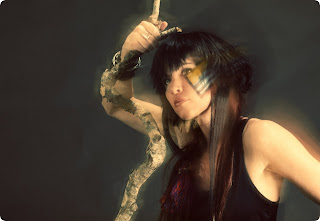 Tara Tati is Metal Mother.  Photograph by Siouxzen Kang.
+++
PLAY, POST & SHARE
“Shake” is the latest single and video from the debut Metal Mother album, Bonfire Diaries
[SOUNDCLOUD]: http://soundcloud.com/fanaticpro/metal-mother-shake
[MP3]: http://www.fanaticpromotion.com/projects/metalmother/mp3/metalmother-shake.mp3
[VIMEO]: http://vimeo.com/23888920
[YOUTUBE]: http://www.youtube.com/watch?v=LB0aNuwCh34
+++
Metal Mother Live
06/30 Portland, OR @ The Woods w/ Branes, Wampire
07/01 Vancouver, BC @ The Cobalt
07/21 Los Angeles, SC @ Silverlake Lounge
07/24 San Diego, CA @ Soda Bar
07/31 Sebastopol, CA @ Aubergine
+++
Check out the premiere of the “Shake” video at Performer Magazine!  See Metal Mother featured in SOMA Magazine.
Oakland’s Metal Mother (aka Tara Tati) will be taking her bewitching sound and style on the road for a series of west coast shows.  Interest in the artist has steadily increased since the release last month of her self-produced, directed and styled video for “Shake,” the first single from the debut Metal Mother album Bonfire Diaries.
The popularity of the “Shake” single and video has drawn the attention of remix artists who have been posting their interpretations of the song.  Tati is especially fond of DJ Shawna’s mash up of “Shake” with “All That” by Diamond Bass.  The “Shake” remix by Alpha Code is also a favorite.
Tati developed Bonfire Diaries with nearly a dozen musical madmen, including Tommy Cappell of Beats Antique and Micha Grainger of The Yard Dogs Road Show.  The 11 songs on Bonfire Diaries were mixed by Jeremy Black of Apollo Sunshine.
Tara Tati of Metal Mother is available for interviews. Contact Josh Bloom at Fanatic for more information.
+++
Metal Mother
Bonfire Diaries
(Post Primal –Out Now) 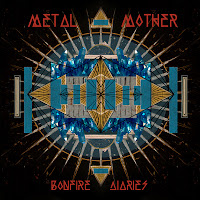