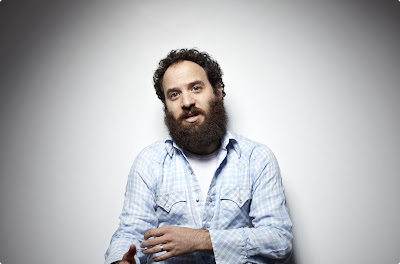 Check out the Silk Lung remix and video premiere for “Times” by David Bronson via Diffuser.fm!

See the premiere of the video for “Us” by David Bronson exclusively at Performer Magazine!

As NYC-based singer-songwriter David Bronson completes work on The Long Lost, the second half of a 22-song, two-album collection titled “The Long Lost Story,” he is also closing in on completing a video for each track from his Story album, released earlier this year.  Previous videos from Story have been variously featured by Under The Radar, Baeblemusic, My Old Kentucky Blog, and others, and now Bronson is offering up the video for “Us,” the album's most ambitious clip to date.

“I met choreographer Genevieve Ferron after deciding that a two-person dance would make a great video for this song,” Bronson explains.  The beautiful result features the performances of Joannie Douville and Milan Panet-Gigon as directed by Ferron, cinematographer Pier-Luc Latulippe and editor Joshua Sandler.

Of the song, Bronson says, “‘Us’ is kind of a crucible to me in that there was a kind of sound I was building towards in my writing, and with ‘Us,’ I remember feeling instantly that this was a special point in my development as a writer.”  Bronson believes the song represents the heart of the two records that comprise “The Long Lost Story,” explaining that “It deals with some of the most central themes of the project: severance, isolation, history, and ultimately accountability, forgiveness, and hope.”

David Bronson’s Story is out now.  The second album in the cycle, The Long Lost, is scheduled for release on September 17th. The album was recently completed with and mixed by producer Godfrey Diamond who has previously worked with Lou Reed, Sparks, and Glen Campbell among others.  Bronson will celebrate with a record release show at Brooklyn Bowl on September 21st.  Tickets for the event are available here.  Everyone in attendance will receive a free copy of The Long Lost.

When Bronson isn’t writing and recording his solo material, he can be found working as a contributing composer and editor on filmmaker Jennifer Elster’s “The Being Experience.”  The project is an unflinching look at existence, featuring a cast of actors, thinkers, and musicians including Dave Matthews, Moby, Questlove, Rufus Wainwright, and Yoko Ono among many others.

David Bronson’s Story is available now and Bronson is available for interviews.  Contact Josh Bloom at Fanatic for more information. 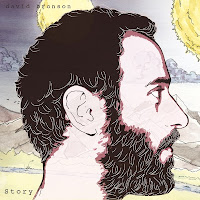 Posted by Fanatic Promotion at 8:18 AM No comments:

The March Divide debuts “So It Goes” video, the sequel to touching small-town life clip for band’s “Jose Cuervo” single. 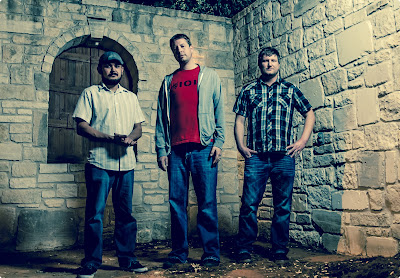 “L.A.” is the latest single from the “Music for Television” EP by The March Divide

Check out the premiere of “L.A.” by The March Divide exclusively via CMT Edge

San Antonio-based band The March Divide has debuted the first video from its current “Music for Television” EP, out now via Seattle’s Dead Letter Records label.  The clip is a sequel of sorts to the video for “Jose Cuervo” from The March Divide’s debut album Music for Film, released earlier this year.  The “So It Goes” video stars the same two actors, Stephen Lindquist and Angela Wilson, who appeared in “Jose Cuervo,” a touching piece about small-town life that was recently premiered by Under The Radar.  Both videos were produced by Ben Pien and Jeremiah Satterthwaite of Doubt Films.

“We all have things in our past that we’d give almost anything to go back and do over,” says Putnam of ‘So It Goes.’  This video portrays the way dwelling on past mistakes can feel.”   After six years away from music after ending his Emo-era band The Conversation, Putnam realized that getting back in wasn’t so easy.  Upon the release of the band’s debut album Music for Film, however, it was readily apparent that half a dozen years away had not taken a toll on Putnam’s songwriting chops. Called “impressively hooky” by American Songwriter, Austin’s NPR affiliate KUTX simply stated, “This album kicks butt.”

The March Divide is also currently promoting the song “L.A.,” the latest single from “Music for Television.” The track recently premiered exclusively via CMT Edge.  The song is a real-life tale from Putnam’s life that details a time when he basically dropped out of society.

“After I broke up my band and quit the road, I spent a few years completely out of touch with almost everyone I knew,” Putnam explains. “I sort of hid myself in a way that no one even knew where or how to find me. My label told me that they spent years looking for me, even periodically checking missing person reports and AMBER alerts. I guess I just wanted to start over as someone else. I now know how wrong that was, but it’s just where I was at the time.”

“Music for Television” by The March Divide is out now. The singles “L.A.” and “So It Goes,” as well as the “So It Goes” video, are all streaming now. Band leader Jared Putnam is available for interviews.  Contact Josh Bloom at Fanatic for more information. 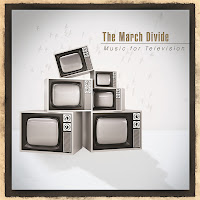 Los Angeles-based rockabilly-roots musician Kim Lenz has been cultivating her take on the genre since 1998, releasing three albums, including a pair for Hightone Records, and playing hundreds of dates around the world.  Already a recognized force on the roots music scene, Lenz is now poised for a breakthrough with her upcoming album Follow Me.  Country Music Television’s “Edge” website has premiered the album’s title track today at: http://www.cmtedge.com/2013/07/16/kim-lenz-captures-her-power-on-follow-me.

“The song is a very strong female statement,” Lenz explains of the track, which evokes everyone from Amy Winehouse to Wanda Jackson, incorporating elements of soul into Lenz’s established American roots sound.  “I wrote the song for my previous record, and even though I’ve always considered myself tougher than the next girl, I didn’t have the balls to record it at the time.”

Since then, Lenz has overcome several trying personal challenges that have made her the performer experienced enough to confidently sing these words: “Give you a glimpse of the truth if you follow me. “  Follow Me was produced by roots music icon Carl Sonny Leyland, and recorded by Los Straitjackets bassist Pete Curry in a manner that honors the recordings that have come before – on vintage tube gear to two-inch tape in mono.

Follow Me by Kim Lenz and The Jaguars is scheduled for release on August 20th via Riley Records, and will be preceded by a nationwide tour, launching July 25th.  See below for dates.  Kim Lenz is available for interviews.  Contact Josh Bloom at Fanatic for more information.

Kim Lenz and The Jaguars On Tour 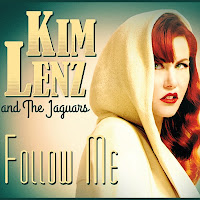 Posted by Fanatic Promotion at 2:13 PM No comments: